Over the last three decades the U.S. and Iran have identified each other as enemies and positioned themselves in opposition to each other on the international political stage. Even though tensions have eased to a certain extent and direct diplomatic contact has been reinitiated with the Rouhani administration coming to power in Iran, regular diplomatic relations are still out of reach.

Nevertheless, Tehran and Washington began cooperating on regional issues with the advent of the 2000s. For instance, Tehran adopted a cooperative stance and reached an agreement with Washington on the subject of border security during the NATO operation in Afghanistan (2001) and the American intervention in Iraq (2003). For both these military interventions also served Iran's regional interests. In fact, Tehran's relations with its eastern neighbor, the Taliban regime in Kabul, were so fraught that in the past the two came to the threshold of war. Tehran also previously fought an eight-year war of attrition with its western neighbor, Iraq, during the rule of Saddam Hussein. Thus, the U.S-led interventions in those two hostile neighbors of Iran concluded with Tehran's enemies wiped out. For that matter, the Maliki administration which came to power in Baghdad in 2006 is a clear reflection of Iran and the U.S. reaching common ground regarding the future of Iraq. By 2012, the two countries had initiated negotiations on Afghanistan and reached a consensus only in one year. Washington and Tehran were able to come together on a settlement in both Iraq and Afghanistan by focusing solely on a single, well-defined and isolated subject: their common regional interests.

The reasoning behind Washington-Tehran compromise

First, neither of the two countries wished for the Taliban to return to power or for Pakistan to become the single decisive power in Afghanistan after the 2014 NATO withdrawal from the country. In this respect, the U.S. believes that Iran, as a Shiite power, would serve as a sufficient balancer against the radicalism of some Sunni groups in Afghanistan. Besides, Iranian authorities have been continuously emphasizing their displeasure with terrorism while referring to the Taliban, and that they would even collaborate with the United States to combat it. Washington, for its part, deems the sustained functioning of the state apparatus established in post-2001 Afghanistan necessary to its own credibility. Likewise, Iran is concerned about the security of its long border with Afghanistan, and considers the possibility of remnants from the Taliban single-handedly reigning over Afghanistan once again to be a worst-case scenario. Moreover, Iran and the U.S. are also on the same page regarding the preservation of various ethnic groups in Afghanistan. While the status of Hazara people—an overwhelmingly Shia minority in Afghanistan— is Tehran’s primary concern, Washington is interested in balancing the Pashtuns (who are mostly under Pakistan's influence) with other ethnic blocks. This means both Tehran and Washington wish to see an Afghanistan governed by a state that structurally respects a sensitive balance of power between various ethnic and sectarian groups.

Second, to prevent the illegal narcotic trafficking through Afghanistan's borders is a goal shared by the two parties. Afghanistan is the largest producer of narcotics in the world. Iran is a gateway for the narcotics produced in Afghanistan to reach Western markets. Iran is concerned about the pace at which its domestic markets absorb narcotics and its borders become more insecure. In this respect, keeping a functioning and stable state apparatus on its feet within Afghanistan’s borderlands will serve not only to control illicit drug trafficking in and out of Iran, but also to keep an eye on the two countries' shared borders as well.

Preventing mass emigration out of Afghanistan is the third point of convergence between Tehran and Washington. Iran and Pakistan have been sheltering millions of immigrants from Afghanistan for many years. This situation heightens domestic security risks and imposes a financial burden on officials in Iran and Pakistan. Washington, on the other hand, believes that these desperate people living under unbearable conditions are a potential human resource for terrorists and illicit networks operating internationally. In this respect, Washington believes that at this juncture Iran is an indispensable partner for maintaining stability within Afghanistan and its surrounding region.

Fourth, if Afghanistan manages to sustain its stability, it will become a regional hub due to its rejuvenating role with respect to regional commerce and geographic position as a potential route for energy lines. Because while American decision-makers consider Afghanistan a potential channel for transporting Caspian energy to India and the Indian Ocean, for Tehran, Afghanistan presents a land bridge a corridor in transporting its own energy resources directly into Chinese markets.

Beside the points over which Tehran and Washington have compromised, there are also points where their opinions diverge. The most prominent point of contention concerns the continued presence of American military bases in Afghanistan. Even though Washington plans to withdraw most of its forces from Afghanistan after 2014, it is determined to stay as the guarantor of security in Afghanistan and therefore retain a number of permanent military bases there. On top of that, having a permanent military base in the center of a region surrounded by Iran, Russia, and China may be an irresistible opportunity for a superpower. On the other hand, Iran is concerned that permanent U.S. military bases in Afghanistan may someday function as a stepping stone for an operation against itself. In this respect, Tehran lists its priorities regarding Afghanistan as such, countering terrorists (i.e. the Taliban), preventing the illegal trafficking of narcotics, and bringing the foreign occupation of the country by NATO to an end. Though Iran has been expressing its concerns regarding the continued American military presence in Afghanistan less often due to the compromises reached during last year's negotiations, such concerns are still alive and being voiced.

In addition, Tehran and Kabul are likely to face a vital dispute regarding water-sharing in the coming years. Iran is highly dependent on rivers originating in Afghanistan to supply its unsustainable need for water. Due to the increase in population and the expansion of arable land both in Afghanistan and Iran, a crisis over sharing scarce water resources is inevitable. The United States wishes to play the role of a mediator in the future. However, the Iranians concerns that since the United States is an influential actor in Afghanistan, it may use the water dispute as a trump card against Iran.

The future of cooperation

If negotiations over Iran's nuclear program stay on track, relations between Washington and Tehran may advance further. It is important to note that all strategic issues are subordinate to Iran's nuclear program. In the meantime, U.S. allies Israel and Saudi Arabia are utterly discontent with Iran's Middle Eastern policies. For Iran's nuclear program poses a direct threat not to the United States per se but to its key regional ally, Israel. With this in mind, the United States may overlook an Iran gaining more influence throughout the Middle East and in Afghanistan in exchange for concessions on its nuclear program. Nevertheless, Washington is wary of appearing to its reactionary public as if it is actively allowing Iran to consolidate its influence over the region. Therefore Washington refrains from bringing its cooperative strategy toward Tehran to the agenda. The consensus reached on Iraq by Washington and Tehran led to Ankara being mostly excluded from the country. How Turkey's gains in post-2001 Afghanistan will affect the prospect of compromise between the U.S. and Iran is a whole different subject which needs further attention.

The United States-Iran compromise on Afghanistan 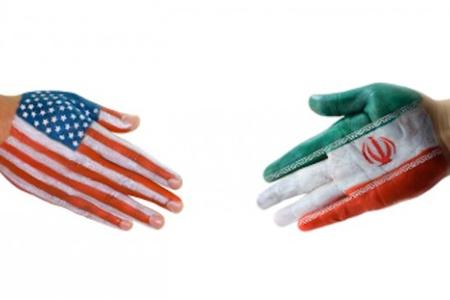