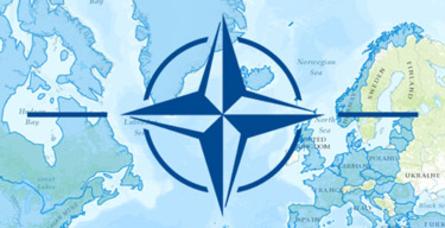 Are NATO-Turkey Relations In Crisis?

The North Atlantic Treaty Organization (NATO) is an international organization which has been located at the center of Turkish security policy since 1952. During and after the Cold War period, despite many changes in global and regional balances, the importance of NATO for Turkey has continued unabatedly. In the new era which started with the Arab Spring and the Ukrainian Crisis, Turkey’s position in NATO has become more important. This new period brings with it new controversies in terms of NATO’s evolving mission as well as Turkey’s possible roles in the Organization.

So far, Turkey has actively supported not only NATO’s Eastern Europe enlargement process, but also the development of the alliance’s cooperation with other countries and international organizations. In this context, Ankara looks favorably upon the strategic partnership between the EU and NATO which was launched in 1999. Turkey supported the 2002 Berlin Plus Agreement, and it considers NATO-EU cooperation as a means to accelerate the EU integration process.

At this point, however, the biggest problem for Ankara is Southern Cyprus’s EU membership. Ankara is definitely against the NATO membership of a Republic of Cyprus that is only represented by the island’s southern, Greek administration at a time when the Cyprus issue remains without a full resolution. Alternately, Southern Cyprus has also acted in a retaliatory manner towards Turkey, freezing certain negotiation chapters in Turkey’s EU accession process. Just as this situation has led to a slowdown of Turkey’s EU accession talks, it has also negatively affected NATO-EU cooperation.

Considering NATO as an important actor in stabilizing the Western Balkans, Turkey also actively supports Macedonia and Bosnia and Herzegovina’s accession to NATO. Turkey also sees the maintenance of Serbia-Kosovo dialogue as necessary for normalization in the Balkans. Moreover, Ankara attaches great importance to the development of NATO’s partnership with third countries. In this context, NATO’s development of partnerships with Ukraine, Georgia, and Moldova, as well as the revival of the NATO-Russia Council, is seen by Turkey as an indispensable foundation on which mutual trust can be built, and therefore as contributive to the future of European stability.

The Ukrainian-Russian CrisisIn the beginning of 2014, a problem arising from debates over the competency of the Ukrainian government quickly morphed into a regional crisis between Russia and the West. First came Russia’s annexation of Crimea, and then the crisis intensified as civil war erupted in eastern Ukraine as a result of the activities of pro-Russian separatists. With the dawning and deepening of this crisis, Russia-EU relations were not spared, and consequently, the NATO-Russia Council was suspended.

This crisis has also deeply affected Turkey, which neighbors both Russia and Ukraine across the Black Sea. In this regard, Turkey has developed a policy based on a delicate balance when it comes to Ukraine. Acting in solidarity with its NATO allies, Turkey particularly emphasizes the maintenance of Ukraine’s territorial integrity. Another sensitive issue for Turkey within this context directly corresponds to the vested rights of Crimean Tatars. Moreover, Turkey is uncomfortable with Russia’s policy of southward expansion and the deterioration of the Turkish-Russian balance in the Black Sea region that began with the Russo-Georgian War in 2008 and continued with the ongoing crisis in Ukraine in 2014. Now, aside from Abkhazia and South Ossetia in Georgia and Transnistria in Moldova, Crimea and eastern Ukraine have fallen under de facto Russian sovereignty.

On the other hand, Turkey does not want to damage its political and economic cooperation with Russia that has continued to flourish since the 2000s. About 55 percent of Turkey’s natural gas demand is met by Russia, and the country is still the second largest trading partner of Turkey. In addition, since the early 1990s, Russia has been a very important market for Turkish exports and construction companies.

At this point, the fact that Ankara and Moscow are engaged in talks on building the so-called “Turkish Stream” pipeline that would transport natural gas across the Black Sea from Russia to Turkey, and eventually to Greece, can be considered as a reflection of the intense state of Turkish-Russian bilateral relations. To some Western countries, Turkey’s involvement in such a project at such a time seems questionable considering the EU and US’s embargo on Russia and the intention behind the project which will leave Ukraine disabled and Russia strategically and economically relieved. However, in the long term, it is impossible to construct and operate Turkish Stream without the participation of the EU countries. This is because Turkey already fulfills its domestic demand for natural gas by way of two already existing Russian pipelines, and because it ultimately sees itself as a transit country on the way to Europe when it comes to the Turkish Stream.

Additionally, Turkey is concerned that the Ukrainian Crisis may damage the integrity of the 1936 Montreux Convention that regulates the current military order of the Black Sea. As is known, the Montreux Convention restricts the passage of non-Black Sea countries’ warships into the Black Sea, and it grants full control of the Bosporus and Dardanelle Straits to Turkey. In this regard, Turkey is weary of the Black Sea becoming a zone of conflict. Even during the Cold War period Turkey didn’t feel the need to challenge the Montreux Convention by way of receiving naval support from NATO in preemption of a perceived threat from fellow Black Sea neighbors that were party to the Warsaw Pact, namely the Soviet Union, Romania, and Bulgaria.

Considering these points, Turkey’s balanced policy toward the Ukrainian Crisis may enable it to play the role of a facilitator between the West and Russia. Here, it is an indication of Ankara’s unique position that a Turkish ambassador was appointed as the Chief Monitor of the OSCE Special Monitoring Mission to Ukraine that was created in 2014.

The Syrian Crisis and NATOIn recent years, security risks have increased not only to the north, but also to the south of Turkey. Aside from the happenings in Ukraine, Turkey is facing great security risks as a result of destabilization in Syria and Iraq. First, the Assad regime in Syria dragged the country into a civil war starting in 2011 after the government forcefully began suppressing demonstrators’ demands for democratization. In the early years of the civil war, like many other NATO members, Turkey offered its political support to the Syrian National Council (SNC) and the Free Syrian Army (FSA) as opposed to the Assad regime. But as time went on, it became apparent that not the FSA but in fact radical organizations such as the Al Nusra Front and the Islamic State of Iraq and Syria (ISIS) were becoming stronger in Syria.

According to Turkey, in order to defeat ISIS a comprehensive action plan needs to be created which evaluates Syria as a whole. Syria’s Assad regime, which dragged the country into the civil war, should leave its place to the Baath Party, efforts to form a reconciliation government including representatives from the moderate opposition should be commenced, and civil war in the country should come to an immediate halt. Otherwise, as the Assad regime remains in power, and as it is impossible to eliminate ISIS, the spread of the conflict among various groups in Syria itself and abroad seems inevitable.

In this sense, Turkey sees cooperation with NATO member countries as important in stabilizing Iraq and Syria. To this end, Ankara made commitments during the 2014 NATO Wales Summit to engage in intelligence sharing with other ally countries, to work to prevent the passage of ISIS militants into Syria via its territory, and to support the and train-equip program that targets moderate Syrian opposition. Ankara, which sees ISIS as a terrorist organization, nonetheless seems to assume a more reserved stance than some of its NATO counterparts when it comes to the crisis unraveling to its south. This is primarily because Syria is Turkey’s neighbor, and thus the danger of ISIS attacks within Turkish territory is much more tangible.

Syria’s stabilization as well as the maintenance of its territorial integrity bears great importance for Ankara. Here, the recent progress of the Democratic Union Party (PYD) in the fight against ISIS has been received with skepticism in Ankara as it is feared by some that such successes could actually lead to the formation of a Kurdish zone which spans a large portion of Turkey’s southern border and which may eventually claim autonomy. In this sense, Ankara has a different approach towards the PYD than its NATO allies. Many NATO countries, especially the US, currently consider the PYD as a major land power in the fight against ISIS.

The Chinese missile dealAnother important item on the agenda in Turkey-NATO relations is Turkey’s quest for a missile defense system. With regard to its tender for such a system, Turkey’s Undersecretariat for Defense Industries (SSM) decided in September 2013 to leave the bids of three companies on the table for final bargaining. Turkey prioritized China Precision Machinery Import-Export Corporation’s offer, as the French-Italian firm Eurosam’s offer with its SAMP/T model was given secondary preference followed by the US’s Raytheon Company and Lockheed Martin consortium’s offer with a Patriot missile defense system. For Turkey, the Chinese bid, amounting to around $3.5 billion, proved to be the most competitive in terms of both cost, and more importantly, its provision of technology transfer.

Considering the SSM’s decision and list of preferences, NATO allies claimed that a Chinese-made missile defense system would not work, as all of Turkey’s weapon systems had to be compatible with those of NATO. Another concern openly expressed by NATO was that in terms of military security, the incorporation a Chinese missile system into the NATO defense infrastructure posed a significant risk.

Regarding the missile defense system, Turkey is passing through a critical phase due to the various objections from Western allies. This is supplemented by the fact that the civil war in Syria has become an urgent domestic liability in Turkey, as illustrated by NATO’s deployment of US, Dutch, and German Patriot missile systems along Turkey’s southern border in 2013 with the purpose of warding off potential attacks originating from Syria. In another act of NATO-Turkey solidarity, it was agreed at the Lisbon Summit in 2010 that plans for NATO’s missile defense shield system would continue with the close inclusion of Turkey. Considering this, it can be said that Turkey is on the verge of making a critical decision between the Chinese proposal, which is quite reasonable in terms of cost and technology transfer, on the one hand, and the development of defense strategies and defense industry cooperation with members a military alliance of which it has been a part for over sixty years, on the other.

At this point, recent statements from the SSM hint that Ankara’s final decision will favor the French-Italian joint venture, or alternately, cancel the tender process altogether as the country would then continue to use the Patriot systems which have temporarily been deployed in Turkey.

In recent years, criticism of Turkey’s position and policy in NATO has begun to increase in Western public opinion. However, it should be noted that there are intense disagreements among a variety of different NATO members when it comes to both the Russian-Ukrainian crisis and the Syrian Civil War. Some members would favor NATO’s more active involvement in these crises, while other members prefer a more noncommittal approach. It is quite normal that Turkey, which is located in the midst of these evolving crises as it shares a border with Russia in the north and with Syria in the south, assumes a more sensitive stance when compared to other NATO members. It is observed that Turkey, in its 63-year history of membership in the NATO military alliance, has complied with all relevant decisions taken by the Organization. It can also be said that Turkey will definitely move in the same direction as NATO if its members compromise and make a common decision on the crises in Ukraine and Syria.