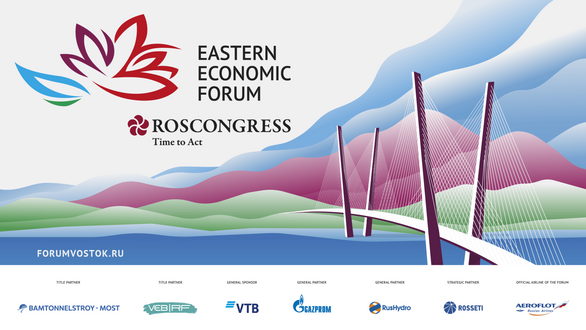 The Eastern Economic Forum [EEF] was created in 2015. The main purpose of its creation was to attract foreign investment in Russia’s Far East [RFE]. Russia hosted the 7th EEF in September 2022. This forum has been established with the specific objective of entrepreneurial development on the one hand and on the other hand to enhance business in the RFE. Geographically, the RFE has occupied a strategic location as it is considered the gateway for Russia for entering Asia and the Pacific region. Added to this, Moscow wanted to use the RFE as a springboard for increasing economic cooperation with Asia in general and East Asia and India in particular.

The EEF explores the economic potential and opportunities; creates a suitable business environment for entrepreneurs and encourages the needed foreign investment for accelerating the pace of growth and development in the RFE, especially with East Asian countries including India.

The basic and strategic aim of EEF

The primary and strategic aim of EEF has been to encourage foreign investment especially foreign direct investment (FDI) in Russia’s Far East as the Russian Government has been committed to accelerating the pace of growth and development of RFE. This region has huge natural resources, especially in terms of fish, oil, natural gas, wood, diamonds, and other minerals. This region alone contributed 5 percent to the Russian total GDP. These natural resources needed enormous investment for their development and then contributing to the growth and development of the RFE. The sparse population in the RFE has compelled the Government of Russia to give added importance to the development of the region. The invitation of FDI could motivate entrepreneurs to work in the region and as a result, the Russian people may be motivated to move and work in the RFE.

In 2017, there were 2017 agreements and this figure increased to 380 agreements in 2021. The total value involved amounted to 3.6 trillion Rubles. By the end of 2022, nearly 2,729 investment projects were planned in the region. This is an impressive performance of RFE and as a result of this impressive growth, Russia’s Far East has benefited a lot. The agreements were confined to infrastructure, transportation projects, mineral excavations, construction, industry, and agriculture. The highest number [33 percent] of agreements are made out regarding the socio-economic development of RFE. Then comes education and science with a figure of 15 percent followed by transport and logistics with a figure of 14 percent and next comes industry and construction with a figure of 12 percent. The lowest agreements were in the area of international cooperation.

The year 2022 is being considered a significant year as the EEF started connecting itself with the Asia Pacific region which is a growth center in economic terms and has enormous potential and opportunities for growth and development. The most important thing is the emergence of China as the largest investor in the region. This could be testified by the fact that Beijing is seeing the potential and opportunities of expansion in two areas namely the Belt and Road Initiative [BRI] and the newly emerged Polar Sea Route [PSR] in Russia’s Far East.

The noteworthy feature has been the Chinese investment in RFE. According to the available data, China accounted for 90 percent of the total investment made out in the RFE. Moscow has been encouraging Chinese investment in the region since the beginning of the year 2015. The most strategic partnership between Russia and China has been built up Trans-Siberian Railway which is playing a crucial role in expanding the economic tie between Russia and China. The persisting Russia and Ukraine war has bought both countries closer.

After China, South Korea has also shown a keen interest in investing in RFE. Accordingly, South Korea is increasing its investment in the region, especially in the areas of shipbuilding; manufacturing of electrical equipment and appliances; gas-liquefying pants; agricultural output, and fisheries. Keeping in mind the economic potential and opportunities of the RFE region, South Korea’s Export and Import Bank with the collaboration of the Russian Far East Development Fund committed an investment of US $ 2 billion in the region.

Then comes Japan as a strategic partner for Russia’s Far East This could be verified by the fact that during 2017, Japanese investments amounted to US $ 16 billion and this amount of FDI was spent on 21 projects. The resignation of Prime Minister of Japan Shinzo Abe is a serious setback for Russia’s Far East. The late Prime Minister had shown a keen and committed interest in the growth and development of RFE. Accordingly, he identified eight areas of economic cooperation. Abe then pushed private entrepreneurs to invest in the speedy growth and development of the RFE. However, the present incumbent has not shown a keen interest and inclination towards the development of Russia’s Far East. Accordingly, the momentum of economic cooperation has been lost thereafter. The trade economists are of the firm belief that the Japanese leaders namely- Yoshihide Suga and Fumio Kishida are responsible for the slowdown of the movement of economic relations between Russia and Japan. This is there because of the persistent dispute on the Kuril Islands/Northern Territories as both countries are staking claims on the islands. Furthermore, Japan and South Korea have joined Western sanctions against Russia after the Russian invasion of Ukraine on February 24, 2022. As long as the Russia-Ukraine war continues, both Japan and South Korea have refrained to involve big tenders in the RFE.

As Russia is an important partner of India, the development of RFE is also getting more attention from the Indian Government. During the last EEF meeting, Indian Prime Minister Narendra Modi has come out with the readiness to extend a helping hand in the process of growth and development of RFE. This assertion could be testified by the fact in 2019 India extended a line of credit that amounted to US $ 1 billion for the speedy development of the infrastructure of the RFE.

The trade economists believed that Indian Government is aiming to create a sound and strong base for increasing the inter-sate interface with Russia in general and RFE in particular. Recently, one of India’s industrialized states namely Gujarat has come up with agreements with the Republic of Sakha in the areas of diamonds and pharmaceuticals in the RFE. RFE has great potential and opportunities for collaboration on diamonds.

India wants to develop sound and strong relations with the EEF in order to keep a balance between EEF and Indo-Pacific Framework which is the most difficult and formidable task. The most noteworthy thing that has come up is that India succussed in keeping balance with EEF on the one hand and on the other hand with Indo-Pacific Economic Framework as India did not shy away from investing in RFE despite the hostile environment due to the Russia-Ukraine war.

From the foregoing discussion, it is clear that the EEF has been occupying a significant and strategic place for both East Asian countries and India. There is an urgent need and has also become imperative to adhere to an economic base not much on a political base. There should not be a mix-up between economics and politics. Economic benefits must be brought out on the merit of economics and political issues should be sorted out on politics.


Data used in the Op-Ed has been taken from Eastern Economic Forum [EEF] -forumvostok.ru