​A statement by U.S. Secretary of State Mike Pompeo congratulating President Tsai Ing-wen on her inauguration as the 15th-term president of the ROC (Taiwan) is sincerely appreciated by the Presidential Office and the Ministry of Foreign Affairs. (Courtesy of PO)

U.S. Secretary of State Mike Pompeo’s statement congratulating President Tsai Ing-wen on her inauguration as the 15th-term president of the ROC (Taiwan) is sincerely appreciated, the Presidential Office and the Ministry of Foreign Affairs said May 19.

According to Pompeo, President Tsai’s re-election shows the respect, admiration and trust she has earned from the Taiwan people. Her courageous and visionary leadership of Taiwan’s vibrant democracy is an inspiration to the Indo-Pacific and the world, he said, citing the Taiwan Model’s success in managing the Covid-19 pandemic as an example.

Calling Taiwan a reliable partner and a force for good in the world, Pompeo said shared visions regarding security, transparency and rule of law in the region provide a solid foundation for bilateral ties. This was recently evidenced by the Taiwan Allies International Protection and Enhancement Initiative Act of 2019, signed into law by U.S. President Donald Trump in March with the goal of fostering a closer economic relationship and supporting Taiwan’s participation in international organizations.

The Presidential Office expressed appreciation and said the statement, as the first congratulatory message from a U.S. Secretary of State on a Taiwan president’s inauguration, reflects staunch support from the U.S. and a deep mutual trust between the two sides. As a responsible member of the international community, Taiwan will continue working with the U.S. to promote peace, prosperity and stability in the region, the PO added.

Echoing the PO’s remarks, the MOFA thanked Pompeo for his praise of the country’s democracy. The government is looking forward to expanding exchanges and deepening friendship with the U.S. going forward, the ministry added.

Tsai was re-elected Jan. 11 with 57.13 percent of the votes, defeating Han Kuo-yu of the major opposition party Kuomintang, and was inaugurated for her second term in office May 20. (YCH-E)

Write to Taiwan Today at ttonline@mofa.gov.tw 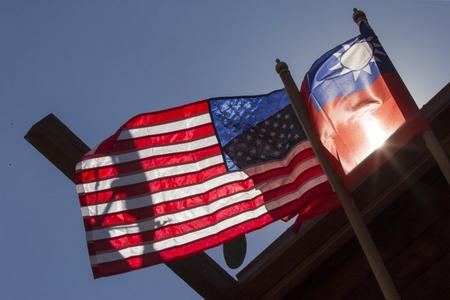