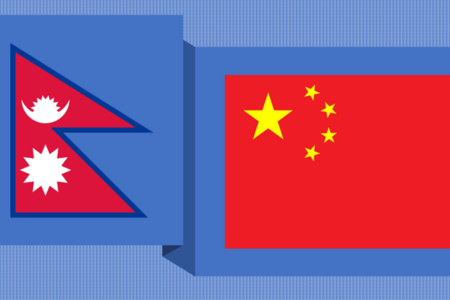 Nepal and China are bound by historical, socio-cultural, and economic relations since time immemorial. Despite the lofty Himalayas separating the boundary of two countries, increased connectivity over the years has contributed to enhance and strengthen Nepal-China relations. With the establishment of diplomatic ties between the two countries in 1955, there has been significant growth of Chinese aid and investment in Nepal and growth of formal trade and tourism exchanges. Chinese aid to Nepal has significantly contributed to the development of physical as well as social infrastructure, establishment of industries, and the promotion of human resource development.

With regard to Chinese aid, Nepal received US$ 278 million during the period 2010/11 and 2016/17. Although the quantum of aid released by China to the Global South countries including South Asia is relatively lower as compared to huge amount of foreign aid offered by Western developed nations, China has been more successful in aid diplomacy, projecting itself as generous development partner in both the Least Developed as well as Developing Countries.

The growing trend of bilateral trade between Nepal and China is characterized by increasing deficit on Nepalese side. This has been due to small amount of export of Nepal compared to huge amount import from China. This needs to be resolved in the years to come for sustainable growth and investment relations between the two countries.

In the last few decades, the world is getting narrower due to increased connectivity led by fast growth of Information Technology (IT) and transport infrastructure. Any major change in economic as well as development policies by the advanced countries will have far reaching implications on the less developed and developing countries. In this context, the Belt and Road Initiative (BRI) has built upon the ancient Silk Road forwarded by China can be expected to have significant impact on infrastructure networks and trade, as well as investment all over Central Asia, South Asia, the Middle East, and Europe. This will open vast opportunities to the developing and other countries to benefit from the BRI in trade, investment, and tourism. This will present both opportunities and challenges to the developing countries, like that of Nepal to enhance the pace of development through expanded trade, investment, and tourism.

In this context, an analysis of the dimensions of economic relation of China with Nepal, India, and South Asia in general would serve as a base for moving forward to explore the possible benefits from the BRI. The report specifically discusses China's aid diplomacy, trade and investment, as well as tourism ties with Nepal.