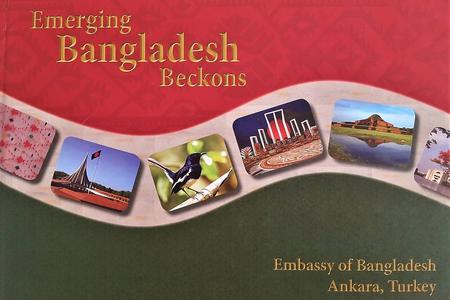 Bangladesh: The First “Asian Tiger” in Making in South Asia

Embassy of Bangladesh in Ankara, 2019

Bangladesh has become one of Asia’s most remarkable and unexpected success stories over the past decade, averaging annual growth around 7%. Like Hong Kong, Singapore, South Korea and Taiwan during the industrialization of their economies, most of the growth that Bangladesh has experienced has come from garment exports. In recent years, Bangladesh has picked up about two-thirds of China's low-end manufacturing market share in Europe.

Bangladesh is continuing its strong development trajectory according to a World Bank report: “The Bangladesh Development Update April 2018.” Sustained economic growth driven by exports, domestic demand, and increasing foreign investor interest is ensured. Despite macroeconomic challenges, gross domestic product (GDP) growth is projected to be robust, in the range of 6.5 to 7 percent range during 2018-2020. Bangladesh has $1,772 per capita income in 2018 ($4,618 as per PPP) and is likely to overtake Pakistan in terms of per capita GDP in 2020.

Furthermore, Bangladesh was finally recognized as a developing country in March 2018, crossing over from the list of least developing countries (LDCs). The development success of the Bangladeshi economy basically depends on domestic political stability, geopolitical support from Asian powers like India, Japan, and China, macroeconomic growth, prudent leadership and currency stability, fast-paced urban growth, and youthful population. But no one can under-evaluate the pragmatic and visionary leadership of Prime Minister Sheikh Hasina who has presented her youthful nation with two master plans to turn Bangladesh into a middle income country by 2021 and a high middle income country by 2041.

Bangladesh is also successful for supporting grassroots initiatives in economic inclusion. Bangladesh’s economic transformation was driven in large part by social changes, starting with the empowerment of women. Bangladesh has been ranked 34th in the World Economic Forum's Inclusive Development Index's (IDI) list of emerging economies, ahead of South Asian countries such as India, Pakistan, and Sri Lanka. India is ranked 62nd, Pakistan 52nd, Sri Lanka is 40th in the IDI report published in 2018. Bangladesh fares better in many aspects of human development than its larger neighbours like India and Pakistan.

Bangladesh has made significant strides toward educating girls and giving women a greater voice in the public sphere. These efforts have translated into improvements in children’s health care, such that Bangladeshis’ average life expectancy is now 72 years, compared to 68 years for Indians and 66 years for Pakistanis.

If Bangladesh is to reach the government's ambitious growth target of 8% by 2020, it is essential that Dhakka starts to diversify out of the garment trade into other sectors, such as electronics and other consumer durables, where there is more scope to add value. With around two million young people entering the job market every year, Bangladesh government must achieve export-led growth by breaking into new markets with new products to create more and better employment opportunities. The planned 100 Special Economic Zones is a well thought out strategy.

There are also challenges related to climate change and their ramifications for Bangladesh, being located in a very difficult zone. Nearly half of South Asia’s population is at risk of declining living standards due to rising temperature and erratic rainfall from climate change, says a new World Bank Report. “The Impact of Temperature and Precipitation Changes on Living Standards” finds that in the last 60 years South Asia’s average temperatures have increased and will continue rising, which is affecting agriculture, health, and productivity. Given Bangladesh government’s deep commitment to address these risks, there is reason to hope for success despite all these challenges. The recently adopted 100-Year Delta Action Plan is a prime example of the government’s determination to turn the tide in favour.

All in all, South Asia has been showing a great transformation in general. India, which is in the list of top 10 economies of the World and a member of the G20, has become a global hub for development and growth. Pakistan has got an impetus in recent years for economic development thanks to the China Pakistan Economic Corridor. Similarly, Sri Lanka has attracted investments from China as a Maritime Silk Road country. However, Bangladesh has become a success story for sustainable development following a unique “good governance model” depending on educational, social, and economic reforms under the dynamic leadership of Prime Minister Sheikh Hasina. If Bangladesh keeps its business on track for next decade, it will be on a path to be reasonably called “Bengal Tiger” after the largest Cat of the world roaming the Sundarbans-the largest mangrove forest in the world located in the Southern part of Bangladesh .

Director of the Turkish Center for Asia Pacific Studies