Turkish-Chinese relations are some of the most dynamically developing sets of bilateral relations in the international arena, a reality which owes in no small part to China and Turkey’s positions as emerging economies. Nonetheless, dynamism is not only a defining characteristic of the economic structures of Turkey and China, but also their social and even political ones. As can also be deduced, the dynamic nature of these two countries can also bring rise to certain risks as their bilateral fields of cooperation undergo rapid expansion. Considering this, Turkish and Chinese leaders should come together every five or ten years to formulate and rework their common vision, identify and capitalize on windows of opportunity, and pinpoint and mitigate the potential risks that rising interaction may pose for the two countries’ bilateral relations.

A snapshot of bumpy relations

Relations between Turkey and China started out on a bumpy path as can be witnessed in the former’s refusal to recognize the People’s Republic of China (PRC) after its establishment in 1949. Instead, during the period between 1949 and 1971, Ankara opted to recognize the Republic of China in Taiwan as the sole inheritor of the Chinese state. During this time Ankara stood in solidarity with Taiwan against communism, and had little to no diplomatic or even economic contact with the PRC.

However, tides took a turn during the period between 1971 and 1980 as Turkey and the PRC set out to normalize their political relations, formally establishing diplomatic ties and reciprocally opening their respective embassies in Beijing and Ankara. After 1980 this positive trend in bilateral political relations experienced a further burst of vitality as Turkey and China began evaluating each other in terms of untapped opportunities. During this time in Turkey, such optimistic sentiments could be exemplified in ponderous contemplations such as: “if we were to sell one kilo of hazelnuts to every Chinese individual…” Moreover, an increasing number of mutual visits began to take place at the presidential, prime ministerial, and ministerial levels. Additionally, in order to achieve closer relations with Turkey, China even sought to utilize its native Uyghur population (of Turkic origin) as a communicative bridge. Nonetheless, despite these political strides that were made throughout the 1980s, serious economic cooperation was unable to be formed.

The 1990s came to represent some of the most difficult years in Turkish-Chinese relations since their establishment as the end of the Cold War, the dissolution of the Soviet Union, and the emergence of the independent Turkic Republics resulted in an ethos in Turkey shaped by misapprehensions and unfulfilled expectations. During this period, a perception was formed among the Turkish public that like other Central Asian republics, East Turkestan (a swath of territory making up the Chinese administrative division officially known as the Xinjiang Uyghur Autonomous Region) would also gain independence soon. The tension between the two countries was only heightened by the fact that the leader of the East Turkestan opposition Isa Yusuf Alptekin took part in high-level talks with various Turkish politicians and dignitaries from various political parties during his self-imposed exile in Turkey. Such conduct on the part of  Turkey deeply disturbed China, and unlike in the 1980s, not even a single high-level visit between the two countries took place during the 1990s.

By the end of the 1990s Ankara had begun to revise its policy towards China based on common areas of convergence. As a result of this policy shift, Chinese President Jiang Zemin paid a visit to Turkey in 2000, an act that symbolized a turning point in bilateral relations. Here, Ankara made the commitment that it would henceforth evaluate the East Turkestan issue with an eye to the maintenance of China’s territorial integrity, and that it would deal with the Taiwanese claims of sovereignty in accordance with China’s ‘One China Policy’. At this point, Ankara had hoped that problems surrounding the Uyghur identity and the community’s integration into the larger Chinese society would be resolved in time by the Chinese government.

In the years that came to follow, between 2000 and 2009, the two countries gave priority to the enhancement of commercial and economic cooperation, while also striving to cooperate on international issues. In this regard, the former Soviet aircraft carrier Varyag, which China bought from Ukraine, was allowed to pass through the Turkish straits despite objections from the United States and Japan. This occasion coincides with the beginning of this period of new priorities in Turkish-Chinese relations. By the same token, China openly provided support for Turkey’s 2009-2010 membership on the UN Security Council. This period has also been characterized by a significant leap in the economic relations between the two countries. Since 2008, China has become the third largest trading partner of Turkey, just behind Germany and Russia. However, this economic interaction also eventually resulted in a trade deficit for Turkey, thus adding to the already existing political issue of the Uyghurs. Nevertheless, this reprioritized policy continued smoothly until 2009.

On July 5 2009 riots erupted in Xinjiang’s capitol city of Urumqi, and they were subsequently met with a hard handed intervention by the Chinese security forces therewith eliciting outrage among the Turkish public, the Turkish ruling party, and opposition parties. As a result, the policy that was formulated in 2000 was confronted with the need to be revised, an end to which both Beijing and Ankara took constructive steps. While Ankara once again emphasized its respect for the territorial integrity of China and denounced separatism, Beijing committed to solving the political and economic problems faced by Uyghurs. Through this concerted effort on the parts of both countries, within a year of the riots Turkish-Chinese relations quickly escaped the crisis and moved in the direction of strategic cooperation. This trend can be evidenced in the fact that Chinese warplanes participated in the Anatolian Eagle exercise held in Konya in September 2010, thus marking the first time that China took part in joint exercises with a NATO army. This bilateral strategic cooperation has also been supplemented by the signing of many economic cooperation agreements during and after 2010.

Since then, Chinese Companies have won many important tenders in Turkey, thus allowing them to take part in or lead projects related to high-speed railways, mining, and the IT industry throughout Turkey, while also enabling their direct investment in the country. Up until the last moment, China seemed to be one of the preferred partners with regard to the Sinop nuclear power plant tender until it was ultimately won by a Japanese-French consortium. Nonetheless, China has continued to engage in significant calls for tender put forth by Turkey’s defense industry. In September 2013, the Turkish Undersecretariat for Defence Industries announced that the Chinese contender had secured the most advantageous position on the shortlist of potential partners in the construction of a Turkish missile defense system. However, in the process, due to the negative response of its NATO allies, Turkey gave negotiating priority to the French-Italian consortium after which the process was suspended.

The need to reevaluate bilateral relations

When it comes to the year of 2015, the need to reevaluate Turkish-Chinese bilateral relations based on a new roadmap has become increasingly important. In this sense, two major areas of risk need to be addressed.

For Turkey, the persisting foreign trade deficit has continued to cause discomfort in certain sectors. Of the overall 28 billion dollar trade volume between Turkey and China in 2014, 22 billion dollars was derived from Turkish imports from China. Additionally, since 2010, China’s delays in keeping with its investment commitments throughout Turkey, including in the high-speed rail, mining, energy, and banking and finance sectors, ensure that the imbalanced nature of bilateral trade will continue to place highly on the agenda. This situation has led to concerns on the Turkish side that “China might be making more economic promises than it can deliver”.

On the other hand, the Chinese side has similar concerns. Here, the Sinop nuclear power plant tender was given to China’s rivals, the Japan-led consortium, at the last moment, and in September 2013, its missile defense bid, which was initially prioritized, is now in abeyance. In this regard, Beijing has some similar anxieties that “although Turkey makes commitments with us about entering into cooperation in all kinds of fields, in the final moments of all strategic projects, it could negate our joint decisions based on its NATO allies’ preferences”.

Another noticeable difference of opinion between China and Turkey can be exemplified in the Uygur issue. Regardless of the fact that Ankara has repeatedly reiterated that it will respect China’s territorial integrity, the two sides’ approaches to the issue at hand vary significantly. When it comes to problems revolving around the Uyghur issue, Beijing wants only its own formal opinions to form the basis of the discussion, and in this way it doesn’t look kindly at Ankara or even the Turkish public developing any deviations therefrom. In this respect, Beijing is quite uncomfortable with the anti-China activities of the Uyghur diaspora and nationalist circles within Turkey. Here, Beijing considers Ankara’s issuance of passports to Uyghur asylum seekers who escaped from China to Thailand, Malaysia, and other Southeast Asian countries as a direct affront. Alternately, Ankara maintains that the provision of this right to these refugees at hand should not be evaluated as a stance against China, but it should instead be evaluated within the framework of Turkey’s humanitarian responsibilities. Turkey is currently hosting more than two million refugees on its soil, the majority of which are Syrians; and in this regard, it is not a problem for the Turkish authorities to accept several thousand additional refugees from Southeast Asia. Yet ultimately, a proper resolution of the Uyghur issue is of primary importance to China itself before all others. While China’s ‘Beijing Consensus’ was presented as a model of successful economic development and governance for the entire globe, if the country continues to put forth an image of itself that is characterized by difficulties with its ethnic minority groups, then the model may come to lose its attractiveness and credibility in the eyes of the international community.

In the end, it is necessary for Ankara and Beijing to come together to thoroughly evaluate the developments occurring over the last five years (after 2010) that have had a positive or negative effect upon their relations, and thereafter to formulate strategies that will bring cooperation to new levels. Just as Turkey’s trade deficit with China needs to be addressed, the overall framework of bilateral economic relations needs to be redefined. In the past, China and Turkey had frequently pointed to the mutual benefits that would be reaped by cooperatively engaging in joint investments in third countries, yet so far little has been done advance this goal. Here, the ‘Silk Road Economic Belt’ regional development project that has recently been put forward by China could offer an opportunity in this regard. Besides, since the early 1990s Turkey has already worked to make a positive contribution to the integration of the Asian geography that the Silk Road projects aim to further.

Alternately, it seems easier said than done for Ankara and Beijing to develop a common approach to the Uyghur issue, and in this sense, it will be important that the two keep their diplomatic channels open at all times. In this field, the role of Turkish business people who are, or would like to, invest in and trade with the Xinjiang Uygur Autonomous Region should not be understated, and neither should the role of the Turkish citizens who see the region as a tourist destination. Increased contact between Turkey and the region at the social level could in turn work to avert mutual misunderstandings between China and Turkey while also functioning to accelerate the integration of the Uyghurs into Chinese society. 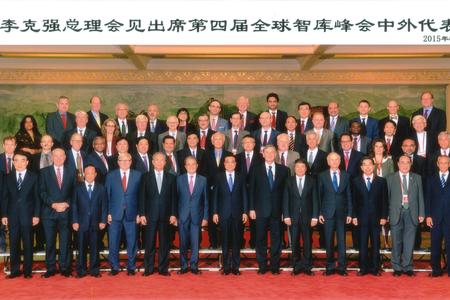