​China constantly emphasizes that it doesn’t wish to become a superpower like the United States and refuses “imputations” like the G-2 (hypothetically to be formed by China and the U.S.). First and foremost, Beijing doesn’t wish to disturb other great powers—especially its neighbors—by posing as a superpower, and thus compel them to enter into alliances against it. Second, Beijing refrains from bearing burdens associated with global crises of humanitarian, financial, and political sort. Chinese authorities rightfully observe that the United States gets exhausted every time it interferes in a crisis on the global scale, as well as every time it doesn’t. Instead, Beijing envisions a new global order consisting of several great powers but not led by a superpower. It is only in such a context (and in a manner that China) sees fit that it will be able to aid the functioning of the international system amid crises.

On the other hand, China’s stance with respect to the strategic environment surrounding East Asia is essentially different. Beijing wishes to play a more active and dominant role within its own region. Accordingly, Beijing expects Washington to play a much more limited role in East Asia as an extra-regional actor, instead of balancing Chinese influence through counter-alliances. According to Chinese authorities, the U.S. needs to delegate political and economic initiatives to regional countries or organizations such as ASEAN in the same manner that it has delegated international decision-making and executive functions primarily to the EU in Western Eurasia. Therefore China approaches initiatives such as the U.S.-designed Trans-Pacific Partnership with a certain degree of suspicion.

Vital decisions on the leading cadres and the next decade’s major policy line were taken by the Chinese Communist Party’s 18th National Congress which commenced in November 2012. Principle decisions which will exert heavy influence over how Chinese foreign policy will be shaped in the next decade were also set forth. The final paper of the National Congress featured policy principles implying “expansionist” motives such as reconsidering relations with other great powers, consolidating Chinese influence over East Asia, securing China’s claims and rights over maritime regions, and several other issues. Considering the relevant developments throughout 2013, it can be observed that Beijing has been resolutely implementing the policy principles set forth by the National Congress in the disputes over the East China Sea (ECS) and the South China Sea (SCS). China has disputes with the Philippines, Vietnam, Malaysia, Brunei, and Taiwan—which it considers to be one of its own “provinces”—over all the islands in the SCS on which it lays claim. Considering the arguments posed by the parties involved and their approaches to the dispute, reaching a resolution on the SCS dispute seems far away. On the other hand, the SCS dispute bears the potential to exert negative influence over China’s relations with ASEAN in the future.

In the ECS, the Senkaku/Diaoyu dispute between Japan and China occasionally escalates to dangerous levels. Japan, which has de facto control over the disputed islands, and Taiwan, which has a fishing agreement with Japan over the disputed waters, are keeping a lower profile regarding this issue. China, though, demonstrates that it doesn’t recognize Japan’s sovereignty over the islands not only through its official discourse but with its actions as well. Such that in addition to occasionally sending fishing vessels to the waters surrounding the islands, China also declared an Air Defence Identification Zone (ADIZ) over the airspace covering the whole maritime region. According to the officially required procedure, all aircraft passing through the zone need to inform Chinese authorities of their flight data in advance or they may face military sanctions. Such an unexpected move on China’s part can be assessed as the incoming Chinese leadership under Xi Jinping retaliating against the increasingly proactive foreign policy line pursued by Japan’s incoming PM Shinzo Abe—a policy line shaped in order to rejuvenate Japan as a dynamic actor. By taking a bigger step forward with the East China Sea ADIZ declaration, Beijing has successfully demonstrated that it will no longer step back regarding the dispute over the islands. As a matter of fact, the Senkaku/Diaoyu dispute has already become a symbol for rising Chinese nationalism and assertiveness, and is considered to be a matter of national honor.
However, this move bears a risk beyond intimidating Japan: it may well raise concerns regarding Chinese “expansionism” in China’s neighborhood, and especially in South Korea. That is because the new ADIZ declared by China also covers an area over the Yellow Sea claimed by South Korea. Indeed, immediately after China declared the ADIZ, Tokyo, Seoul, and Washington expressed that they did not recognize it. The rising tensions in the ECS may help strengthen the alliance between Japan and the U.S. and at the same time lead to an unexpected rejuvenation in Japan-South Korea cooperation.

Chinese-Russian relations improved steadily throughout 2013. Strategic cooperation between the two is likely to be maintained under the new leadership in Beijing, as indicated by Moscow’s disregard toward the popular sentiments concerning an emerging Chinese threat. Nevertheless, President Putin objects to the expansion and intensification of cooperation under the auspices of the Shanghai Cooperation Organization (SCO) due to a concern over growing Chinese influence. Moreover, Moscow is carefully—and with rising concern—watching the process through which China is establishing roots in Central Asia through economic penetration and a continuous increase in the number of energy pipeline projects between China and the region. Russia is giving utmost priority to the Eurasian Union in order to secure its vital interests over Central Asia. Russian authorities hope that if Tajikistan and Kyrgyzstan follow Kazakhstan in joining the associated Customs Union they can draw a line against Chinese encroachment into their commercial “backyard”.

Relations with ASEAN, India, and Africa

China is rapidly improving its economic relations with Southeast Asian countries and India with every passing day. That said, how China’s relations with India will be shaped in the future depend on Beijing’s attitude in its territorial disputes with several ASEAN countries and its attitude towards the disputes concerning the greater maritime zone to the south and east of mainland China. In this respect, South and Southeast Asian countries face a dilemma between the economic prospects of enhancing cooperation with China on the one hand, and security concerns on the other.

In Africa, China continued its ascent throughout 2013. A recent indicator of Beijing’s rising influence all over the continent is that the Gambia, a relatively small West African country, recognized the People’s Republic instead of the “Republic of China” in Taiwan as the sole representative of the Chinese nation. African states consider China to be a partner with which they can establish more equal relationships, compared to European nations which happen to be their former colonizers. China also provides no-strings-attached developmental aid and technological know-how to African states, rendering it more attractive in the eyes of African leaders. In this respect, the old status-quo powers in Africa—namely France, the U.K. and the U.S.—are more concerned over China’s penetration into Africa than the countries of the continent.

Lastly, the way Beijing manages massive social and economic projects involving dynamic transformation within China is being carefully observed by the rest of the world. The international public perceives the language of governance that the Chinese leadership adopts in the face of societal demands as a hint to whether China will become more assertive or cooperative in its foreign policy. The problems and aspirations of ethnic minorities are foremost among these societal demands. The way Beijing handles domestic issues, especially concerning Xinjiang and Tibet, is perceived as a litmus test which will reveal the correlation between Beijing’s official discourse about a peaceful rise/development and its actual practice regarding real world events. Within such an equation, if Beijing establishes relatively tolerant policies toward ethnic minorities it can serve as a catalyst for third parties in pursuing policies aimed at political rapprochement and further economic integration with China. If it does not, doubts concerning whether the Chinese leadership harbors expansionist inclinations may well be inflamed. Therefore, the various violent incidents in the Xinjiang Uygur Autonomous Region in 2013 rather undermined China’s soft power-projection capabilities. 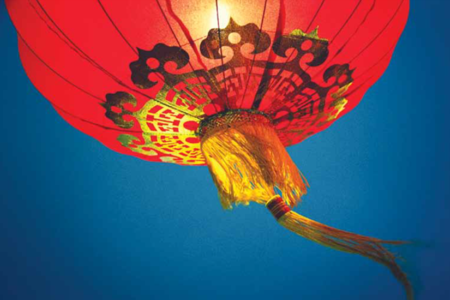