Taiwan’s January 16 general elections saw the opposition Democratic Progressive Party (DPP) secure a majority of the legislature, and the party’s presidential candidate, Tsai Ing-wen, will take office in May as the country’s first female head of state. Tsai Ing-wen received a roaring 56 percent of the vote, while the candidate for the ruling Kuomintang (KMT), Eric Chu, received 31 percent and James Soong from the opposition People First Party (PFP) only 12 percent. This is the third time that a presidential candidate from the DPP has won the right to govern the country, considering the successful election of the party’s earlier candidates in the 2000 and 2004 elections.

Another achievement of the DPP in the polls was its obtainment of 68 out of the 113 seats that make up Taiwan’s unicameral parliament, the Legislative Yuan effectively ending the KMT’s dominance of this body that has lasted since 1949. With both the presidency and the parliament, the DPP has a secured a solid foundation for its leadership that will span the next four years.

One China or independence?

Following World War II, Republic of China (ROC) President Chiang Kai-shek’s army lost the Chinese Civil War to the Chinese Communist Party (CCP), led by Mao Zedong, and retreated to Taiwan Island. With this “two Chinas” emerged in the international arena. This created a schism between the People’s Republic of China (PRC), which effectively ruled mainland China, and the ROC, which claimed to represent mainland China from Taiwan Island, and thus incited a crisis of Chinese representation at the United Nations (UN) which lasted for over twenty years. Nonetheless, the issue was largely resolved in 1971 when the PRC took the ROC’s seat at the UN and therewith assumed representation of China at the international level. After this, the ROC has failed to gain recognition as an independent state by many countries, yet it has continued to act independently under the name of Taiwan. In addition, the ruling KMT leaders never gave up Taiwan’s claim to the representation of the whole of China. Here, even though both the PRC and the ROC agreed on the 1992 consensus, thereby declaring that they both were parts of one China, to this day neither agree on who represents this China as a whole.

Another dimension of the issue can be seen in the fact that Taiwanese identity has increasingly come to prominence on the island with the support of the oppositional ethnic Chinese and other minorities that settled in Taiwan before and after 1949.With this dynamic in mind, it should be noted that within the domestic arena of Taiwan, the DPP favors completely giving up Taiwan’s claim to represent the whole of China under the name of the ROC, and instead seeks to promote Taiwan’s path as a fully independent state under the name of the “Republic of Taiwan”. Considering that Beijing has announced that it would consider an official declaration of independence by Taiwan as cause of war (casus belli) in combination with the abovementioned posturing of the DPP, Taipei-Beijing relations fell to an all-time low during the DPP presidency of Chen Shui-bian between 2000 and 2008.

Ma Ying-jiu and the golden era of China-Taiwan relations

It can be said that China-Taiwan relations entered their golden age during the presidency of Ma Ying-jiu, who took office in Taiwan in 2008. President Ma Ying-jeou continued the KMT’s “One China” policy, and as an important step within the framework of a scenario that could eventually lead to unification in the future, he oversaw the commencement of mutual flights between China and Taiwan, thus opening the floodgates for millions of tourists and businesspeople who would travel across the Taiwan Strait each year. Thanks to the Economic Cooperation Framework Agreement (ECFA) that was signed between Taiwan and China, Taiwanese investment in and trade with continental China began to increase over time, with China eventually becoming Taiwan’s largest trading partner.

By 2014, the volume of bilateral trade between the two exceeded 198 billion US dollars per annum, with 152 billion US dollars of this figure representing Taiwan’s exports to mainland China. From 2008 to 2014, while China’s direct investment in Taiwan was 1.2 billion US dollars Taiwan invested 61 billion US dollars in China. After 2008 and the commencement of direct flights, social contacts between the two have flourished. To illustrate, in the first nine months of 2015 alone, the number of Chinese tourists who traveled to Taiwan was 3.1 million, and the number of Taiwanese tourists/businesspeople who traveled to mainland China (excluding Hong Kong and Macau) exceeded 4 million. Aside from those commuting for a short trip, nearly half a million Taiwanese businesspeople have now taken up residence in China. Finally, at the political level, President Ma and President Xi Jinping carried bilateral relations to their highest point with the first Taiwan-China Summit on November 7, 2015 in Singapore.

Throughout this period, the growing economic relations between China and Taiwan have favored the latter, but the Taiwanese have begun to worry that Taiwan is becoming increasingly dependent on one single country, and what’s more it is the country with which they have been engaged in their primary existential struggle. Furthermore, Beijing’s tendency to attempt to guide Taiwanese society, politics, and media by way of Taiwanese businesspeople who work in China has increased the discomfort among the people of Taiwan. In such an environment, social awareness of issues revolving around the protection of Taiwanese identity and the currently existent political independence of Taiwan has strengthened.

Within this context, as the result of intense student protests that took place between March and April 2014, the Taiwanese parliament blocked the ratification of certain articles of the China-Taiwan ECFA regarding the services sector that would accelerate the migration of Chinese nationals to Taiwan. Another development that fueled the concerns of the Taiwanese was the Hong Kong protest against China which broke out in the end of 2014. Here, residents of Hong Kong organized months of street protests to combat what they claimed to be Beijing’s gradual erosion of the autonomy of Hong Kong. These events have largely been perceived in Taiwan as evidence that the “One Country, Two Systems” unification model which has been put forward by Beijing, and implemented in Hong Kong and Macau, would not work in the Taiwanese context. Thus, the public’s negative response to the ruling KMT, which supports the One China policy and tends towards unification with China, rapidly expanded in step with growing support for the pro-independence opposition DPP.

During the presidency of Tsai, the world will be observing with curiosity how China-Taiwan relations will be shaped. Tsai said in her victory speech after the election that she rejects the One China consensus, and called on China to respect the choice of the people of Taiwan. Here, the next critical threshold will come when and if President Tsai’s DPP articulates an official policy of independence in line with the party’s discourse of independence. It is clear that Taiwan’s relations with China will face significant jolts if such a discourse of independence is frequently voiced by senior officials. The emergence of such a problem across the Taiwan Strait is not a desired situation for the international community, and especially not for the US. During the first year of her mandate, President Tsai will probably work to reduce Taiwan’s excessive economic dependence on China, and will try to develop new economic partnerships with other countries. The main problem here lies in the degree to which President Tsai will actually be able to find alternatives that could take the place of an economy as large as that of China without jeopardizing the prosperity of Taiwan.

On the other hand, how Beijing will react to the coming of power of the DPP is also significant. After the elections, statement issued through China’s official channels and media both implicitly and explicitly warned against imagining the independence of Taiwan, and underlined that the issue of Taiwan fundamentally falls within the realm of China’s internal affairs. Beijing identified former President Chen from the DPP as a leader who troubled and spoiled bilateral relations between China and Taiwan, as they were brought to an all-time low while he was in office. At this point, China may have the upper hand, as it can use recent trends in trade, investment, and tourism against Taiwan. If President Tsai develops and voices a strategy to achieve independence, President Xi could enact economic sanctions, and this could push President Tsai to pursue a more balanced approach; yet at the same time, such could also incite the Taiwanese people to extend greater support for Taiwan’s independence. Amid such uncertainty it nonetheless remains clear that the leadership of both President Tsai and President Xi will come to face some serious tests in the forthcoming period. 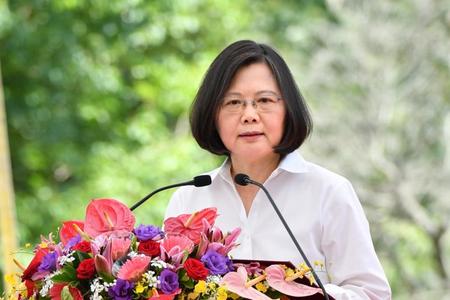