August 15 is both South Korea and North Korea’s Independence Day. Korea, occupied by Japan from 1910-1945, was expected to achieve its freedom along with the defeat of Japan in World War II. The United States and the Soviet Union, when they came to the Korean Peninsula to take possession of the Japanese troops, each established its own de facto occupation along the 38th parallel. At first, no one expected the de facto occupied zones would turn into a permanent border.

However, soon the outbreak of the Cold War led to Korea’s division into two, as with Germany and Vietnam. Once it was clear that the emerged two parts of Korea could no longer be united, two separate states were declared with separate regimes in 1948 on the Peninsula. The Republic of Korea, which was the US’s ally and was adopting a capitalist economic model, appeared in the South, while the Democratic People’s Republic of Korea, which was an ally of the Soviet Union and was adopting the socialist economic model, appeared in the North. The Korean War happened between 1950 and 1953, in which the great powers also took place, and brought greater political and social rupture instead of reuniting the country.

After the Korean War, both sides gave weight to their models and development processes and began to show themselves as successful model countries. During the 1950s and 1960s, North Korea seemed to have moral superiority on unification in terms of economic development and political motivation. South Korea started practicing a development program, which continued from the early 1960s to the present day.

By the 1980s, South Korea began to be called the “miracle on the Han River.” Allowing Seoul to host the 1988 Summer Olympics can be seen as a reward from the international system for the successful development of South Korea. On the other hand, during this period South Korea was criticized politically, for it was still ruled by generals and did not have a liberal democracy. South Korea managed to overcome this democratic deficit by the 1987 Constitution, which was reached by making a large social consensus before the Seoul Olympics. Indeed, in the period from 1987 to 2015, South Korea promoted democracy step by step, and it eventually became a social welfare state.

The successful story presented by North Korea has returned to the conditions of the 1970s. Just like the other socialist countries, North Korea was not able to renew its industry, and its economic efficiency dropped quickly. In the 1980s, the superiority of conventional weapons moved from North to South. After 1978, the People’s Republic of China shifted towards economic reforms, the Eastern Bloc fell apart in the late 1980s, and then the Soviet Union broke up in 1991. All of these occurrences left North Korea alone in the world both politically and ideologically. During this period, North Korea’s priority was to keep the regime alive as well as to produce nuclear weapons. Due to the conditions of the collapsed economy and isolation from the outside world, North Korea entered into an existential crisis and therefore lost its military superiority over South Korea.

After 1991, the Western countries, including Russia, considered the possibility that the Pyongyang regime may collapse at any moment, but the regime survived. Even at the expense of turning the North Korean regime into a dynasty, the change of leadership survived undamaged. After North Korea’s founding father Kim Il-sung’s death in 1994, his son Kim Jong-il came to power. After his death, his grandson Kim Jong-un came to power in 2011. North Korea’s success in the international political arena ensured its neighbor China would continue to give support. Since the end of 1990, Russia has also been providing support to North Korea in critical times.

Another of North Korea’s successes, despite international pressure, is its production of nuclear weapons and the development of medium- and long-range missile technology. Thus, South Korea, with conventional weapons, had the opportunity to balance the disadvantageous situation against Japan and American forces in the region with its nuclear weapons capacity.

As of now, neither of the Koreas nor the big powers in the region foresee unification in the short term. Moreover, normalizing relations between the Koreas still seems far away. A new strain of celebrations that lead to clashes on the border, where the 70th anniversary of independence was celebrated last August, reveals how sensitive the Korean problem is.

Although the Koreas defused the crisis with confidence-building measures, there is no guarantee that there will not be a new conflict on the boundary at any moment. However, it is thought that Russia, and especially China, will not allow North Korea to go so far as to begin a war. On the other hand, some experts claim that North Korea is actually not an unpredictable actor, and that there is rationality in all applications of its foreign policy. According to this claim, North Korea first escalates tension, then draws international public attention to the region, then starts negotiation with the other party (South Korea, the United States, sometimes with Japan), and during the negotiation, in return for reconciliation, it tries to achieve some economic concessions and political benefits.

Against all odds, in the near future and long term, South Korea has identified unification with North Korea as a strategy. South Korea’s unification envisaged here is not sudden and unilateral; it includes a gradual process that is approved by all parties. At this point in the process, the country attaches importance to support from the US and Japan as well as China and Russia. During Kim Jong-un’s presidency, the decline of relations between North Korea and China was seen as a window of opportunity for South Korea. In this respect, despite the US’s objections, South Korean President Park Geun-hye’s participation in the second World War memorial in Beijing was a reflection of its above mentioned attempts.

South Korea’s desire for unification with North Korea is not only a political objective, it’s also an economic rationale. In order to remain competitive across the globe, South Korea must have a larger population and landmass. In the case of unification, in order to benefit from cheap labor, South Korea can open factories in North Korea instead of China and other Southeast Asian countries.

Thus, something equivalent to the Kaesong industrial plant, which was founded on the northern side of the border in 2002, can be implemented. Presently, workers in the Kaesong industrial plants are North Koreans, while engineers and managers are South Koreans who must enter and depart from the border daily. In the case of unification, South Korea is planning to capture a new economic impetus through investments in infrastructure and other projects in the North.

It’s quite difficult to make a prediction in regards to Korean unification due to the current situation. It’s a reality that the current regime in North Korea is not taking kindly to the unification and even the normalization of relations with South Korea under present conditions. On the other hand, South Korea continues to improve strategies related to unification, and in order to unify with North Korea without troubles and with fewer costs, South Korea is also trying to expand cooperation possibilities in its international arena. Ultimately time seems to work in favor of South Korea in the Korean Peninsula. 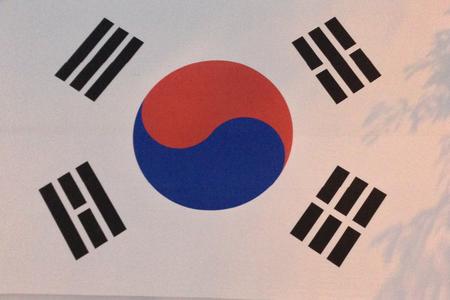