​Turkish-Japanese relations have deep historical roots.2014 saw the 90thanniversary of the establishment of diplomatic relations between Turkey and Japan, while the 125th anniversary of the sinking of the Ertuğrul Frigate was commemorated in 2015. The Ertuğrul Frigate, which was dispatched by the Ottoman Sultan Abdülhamit II to establish contact with Emperor Meiji, was caught in a storm and sank off the Japanese coast after setting home. Nevertheless, the mutual solidarity and cooperation efforts manifested following the ship’s sinking marked a milestone in the advancement of Turkish-Japanese relations.

Economic cooperation between the two countries dates back to the Cold War era. Japan became Turkey’s primary Asian trading partner in the 1960’s. Though the volume of bilateral trade between Turkey   and China, South Korea, and India surpassed that of between Turkey and Japan in the 2000’s, Japanese investments have retained their significance in the Turkish economy. In recent years Japanese firms have taken part in several landmark projects in Turkey. However, despite constant emphasis on historical amity between the two nations, an essential shortcoming of Turkish-Japanese relations persists: a creeping inability on the part of both parties to diversify their bilateral relationship through multi-dimensional ties.

The search for ways to remove the bottleneck behind the current stagnation in bilateral relations has lately gained considerable momentum. This matter was thoroughly discussed by Turkish and Japanese experts at a symposium entitled “Japan-Turkey Dialogue on Global Affairs” held in Ankara on March 1, 2016 and jointly organized by the Embassy of Japan in Turkey, the Center for Strategic Studies of the Turkish Ministry of Foreign Affairs (SAM), and the Center for Middle Eastern Strategic Studies (ORSAM).

It was particularly after Japanese Prime Minister Shinzo Abe took office for a second term in 2013 that new measures were carried into effect with the aim of rejuvenating their country’s economy. This was at a time when novel initiatives were being introduced one after another in Japan’s foreign policy realm. Building on new regional and global partnerships alongside the country’s traditional alliance with the United States has emerged as a necessity during Prime Minister Abe’s push for a new economic and political opening within the international community.

Against such a backdrop, Turkey shone out as a prominent regional partner with which the Japanese leadership believes it can rely on for in-depth cooperation in the Middle East and Central Asia region(s). As for Turkish decision-makers, Ankara has long been seeking opportunities for further cooperation with Japan on regional and global matters, within the context of establishing a wider scope of bilateral relations. Thus the stage was set for Ankara and Tokyo to embark on a new quest to materialize their long-held desire of a multi-dimensional partnership.

Japan has long been arguing for an overhaul of the constitution of the United Nations (UN) on the grounds that the UN system at large was structured within a post-World War II context, which is not only irrelevant under current circumstances, but also renders associated mechanisms largely inefficient when addressing contemporary global challenges. The reconfiguration of the UNSC in a way that would include Japan alongside other countries as permanent members – thus endowing them with veto power – has been at the core of Japan’s consistent calls for such a reform. As the second largest contributor to the UN’s budget after the U.S. for many years, Japan considers such demands for its admission to the UNSC to be fully-justified. Tokyo also interprets its 11 term inclusion in the UNSC as a non-permanent member as an implicit endorsement by the international public of both its credentials as a constructive global power and the relevance of its demands.

However, the UN reform process has come to an entangled standstill. Even though Japan works in tandem with Germany, India, and Brazil in pushing for reform, some other states have counter arguments to the Japanese position. The most crucial step in gaining official recognition of their claims will be convincing the five permanent members of the UNSC. In opposition to their efforts, China maintains an uncompromising attitude towards the idea of granting permanent membership in the UNSC to any countries other than the existing five, particularly [its former wartime foes] India and Japan, while simultaneously turning a blind eye to similar calls for reform. Here, Tokyo is trying to obtain international support in such a way as to isolate Beijing. The task of securing the support of newly emerging states, including Turkey, for the UNSC reform process is of utmost importance for Japan.

At this juncture, Ankara holds views similar to Tokyo. Turkey backs the idea of comprehensive reform in the UN system in its own demands and the official discourse employed, as indicated by repeated statements such as, “The world is greater than five” and, “At least a single country with a Muslim majority should be represented in the UNSC.” Turkey’s chances of becoming a permanent member of the UNSC, however, are lower than those of Japan, even if calls for reform are favorably received. Indonesia, Iran, and Egypt, which, like Turkey, are members of the Organization of Islamic Cooperation (OIC) also voice similar notions and may receive preference in nomination.

Japan’s wish to be more proactive in issues of global concern has been satisfied to a certain degree by its inclusion in the G7, which is an informal, yet influential, international forum. The G20, which was founded in 1999, has also rapidly evolved into a forum for the discussion of matters with worldwide repercussions. Though already a member of both the G7 and the G20, Tokyo continues to insist on its demand for UNSC reform. As for Ankara, the government appears comparatively satisfied with the opportunity provided by inclusion in the G20, considering the platform’s instrumental role in paving the way for Turkey’s effective participation in global governance mechanisms.

The quest for cooperation in Central Asia

Following the demise of the Soviet Union Central Asia has attracted the attention of numerous regional and global powers. Russia and China, which share borders with the landlocked region, have played a more decisive role than their rivals in the shaping of the political and economic fate of Central Asia up to present. Turkey, on the other hand, did not succeed at consolidating political and economic clout over the region despite historical and cultural links with constituent countries. Though Japan desires comprehensive involvement in the region, its efforts have been limited to several large-scale investments and the penetration of Japanese brands with global operations into local markets. While Ankara and Tokyo shared a vision of in-depth cooperation in Central Asia in the 1990’s, this has yet to manifest.

In this respect the entry of external actors like the U.S., Japan, the EU, India, and South Korea into the region in a more robust and sustainable manner can lead to the emergence of an environment conductive to the expansion of Turkey’s radius of action. Considering that regional countries have expressed interest in working with alternative economic and political partners,, that is, foreign actors other than Russia and China, Turkey and Japan can develop a joint strategy in Central Asia. The Central Asian region shines out as an alternative market as Japanese capital flows are already starting to shift from China to Indonesia, India, Myanmar, and Vietnam following the escalation of maritime tensions with China over the Senkaku/Diaoyu islands in 2013. The arrival of Japanese capital, technical expertise, and know-how to the region will provide a window of opportunity to those Central Asian countries struggling to extricate themselves from an overreliance on fossil fuel exports. A model of cooperation can coupling the successful experience of Turkish SMEs in the field with the technological and financial capabilities of leading Japanese firms can be created to fit this region.

Can the Middle East serve as a window of opportunity?

While Turkey and Japan wish to cooperate in the Middle East, the post-Arab Spring context marked by persistent instability throughout the region undermines efforts to generate a predictable strategy/a strategy with reliable returns. Against the backdrop of a spiral of civil wars and foreign intervention in Libya, Yemen, and Syria it doesn’t seem viable at this juncture for Ankara and Tokyo collaborate on a strategy that brings their individual activities in the region into conformity. However, Turkey and Japan can play important roles in regional reconstruction following the end of the current epidemic of instability.

At this stage, Turkey and Japan can join forces in countering terrorism and handling the unprecedented flow of refugees. Tokyo can assume a proactive role in the alleviation of the refugee crisis. Apart from this issue, Iran’s economic and political opening process recently initiated as a result of the successful nuclear deal also provides several opportunities. Turkish and Japanese firms can embark upon a joint enterprise to assist and contribute to Iran’s gradual economic integration with the rest of the world by means of forming lucrative partnerships.

Moreover, the development of projects undertaken by Turkey in collaboration with countries like Japan in the Middle East – as opposed to projects unilaterally coming from Ankara – will reduce political and economic risks. Japanese firms, meanwhile, will reap considerable benefits by acting in collaboration with Turkish firms relatively more familiar with regional markets.

To conclude: joint efforts to leverage multi-dimensional strategic cooperation between Ankara and Tokyo are still in their early stages. That said, Turkey and Japan are perfectly capable of building upon such a vision in practice and, considering the political and economic capacities of the two countries, this may allow them to make significant impact on both the regional and global levels.

Towards multi-dimensional cooperation in Turkey-Japan relations 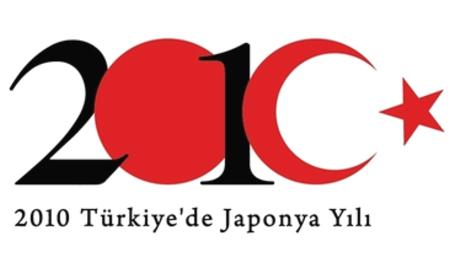