The international institutions or forums in which discussions of global issues take place are generally determined by the world’s major powers. In this sense, after the oil crisis of the 1970s it was not surprising that the world’s seven richest countries (the United States, the Federal Republic of Germany, France, Great Britain, Italy, Canada and Japan) came together and established the G7 to give direction to the global economic and financial system and to find a solution to the crisis. However, in the 1990s the global economic clout of countries like China, India and Brazil, which were not a part of the G7, began to increase. In 2001 these three countries, with the participation of Russia, formed the BRIC platform. This formation consisting of these four countries that were now among the world’s top ten economies by 2010 later became the BRICS with the inclusion of South Africa.

These newly emerging economies played a large part in transforming the G7 to the G20 in 1999. With time, the G20, which is composed of 19 countries plus the EU, saw the emergence of two separate factions: the G7 club of rich countries on the one hand and the emerging economies represented by the BRICS on the other. At the same time, these two groups began to voice divergent opinions on the agenda and priorities of the G20. Moreover, discussions on the possible establishment of a G12 composed of the G7 and the BRICS came to lead to disputes. In this sense, emerging debates centered on the fact that seven countries (namely, Argentina, Australia, Indonesia, South Korea, Mexico, Turkey and Saudi Arabia) which take part in the G20 would largely be excluded from major processes of global governance should a G12 be created.

For these reasons, five of the seven medium-power secondary states in the G20 (namely, Mexico, Indonesia, South Korea, Turkey and Australia) established the MIKTA formation in September 2013 during the gathering of the 68th United Nations General Assembly. Although these countries do not possess the overt capacity to assume the role of a global leader, unlike the G7 and the BRICS countries, they are still among the world’s largest 20 economies and seek to display their ability and readiness to play an active role in global governance. In fact, after the financial crisis of 2008these medium-sized powers began to seriously demonstrate their active presence in global governance. For example, G20 summits held during this period were mainly hosted by states outside of the G7 and the BRICS: South Korea hosted the summit in 2010, Mexico in 2012, Australia in 2014 and Turkey in 2015.

In this respect, MIKTA is expected to fill the diplomatic gap between the G7 and the BRICS that is known to emerge within the G20 from time to time. If a G12 were to be established, an “us vs. them” polarity between the G7 and BRICS could become more apparent and from this viewpoint the secondary countries that make up MIKTA today actually block the development and sustainment of polarization within the G20.

In addition, two groupings can even be discerned within the BRICS itself. On the one hand, there are China and Russia which can be characterized by their authoritarian regimes, and on the other hand there are India, Brazil and South Africa which can be characterized by their democracies. In fact, the latter trio established new platform in 2003 in the form of the IBSA Dialogue Forum, which was eager to engage the BRIC grouping. Nonetheless, the IBSA leaders have failed to come together after the Forum’s 2011summit. This is mainly because of South Africa, which acceded to BRIC in 2010, thus transforming the grouping into the BRICS. Unlike IBSA member countries, MIKTA countries are not constituent members of the G7 or the BRICS and therefore need to grant a much greater degree of importancetoG20solidarity in order to protect their national interests.

The benefit of MIKTA to its members

Compared with the G7 and BRICS countries, MIKTA countries are most definitely limited in their ability to influence the international system. None of the MIKTA countries are permanent members of the UN Security Council (UNSC), and even were the UNSC to be reformed and enlarged, the chances of a MIKTA country coming to sit on the Council are significantly lower than those of India or Brazil.

MIKTA countries, as middle powers which are beginning to become involved in global governance in a regular and systematic way for the first time, are trying to open space for themselves. Although the G20 platform offers them an important opportunity, they do not exert as much influence in the grouping as the G7 and BRICS countries, and because of this MIKTA countries are considered as second-tier countries within the G20. Nevertheless, it can be said that with the establishment of MIKTA these five countries increased their prestige and effectiveness within the G20.

Another contribution of MIKTA to its members can be seen as the platform’s function as a common sphere in which these five countries that are located indifferent regions of the world and that house different socio-economic structures, are able to shape the agenda of medium-sized powers and the international community at large. Until now MIKTA’s five member countries have determined their policies in line with the priorities of their allies or partner countries as they have had relatively limited experience in developing a global vision of their own. These five countries, which engaged in decision-making practices with regard to global financial management for the first time within the G20, have strengthened their participation in global governance processes with MIKTA.

The uncertainty of MIKTA’s enlargement

One of the biggest uncertainties standing before MIKTA has to do with the group’s enlargement. The important question here is whether the platform should expand its membership within the G20 or open up beyond the G20. If MIKTA decides to enlarge within the G20, four middle powers within this group, namely Canada, South Africa, Saudi Arabia and Argentina, may be considered as potential candidates. Canada and South Africa are already included in other sub-groupings within the G20, considering that the former is a member of the G7 and the latter is a member of the BRICS. Furthermore, as Saudi Arabia is not a democratic regime, it does not meet one of the basic criteria of MIKTA. With all others ruled out, the only potential candidate is Argentina. However, until now Argentina has not expressed serious will to participate in MIKTA. In this respect, Argentina and Saudi Arabia might be considered to be the most unassertive members of the G20.

The potential benefit of drawing members from outside of the G20 would also be accompanied by certain risks for MIKTA. First, if a country which is not a member of the G20 joins MIKTA, difficulties may arise in the operational sense. MIKTA member countries are already in constant contact at various ministerial levels within the G20. Therefore, the relevant ministries are able to easily share the agenda of MIKTA alongside the agenda of the G20. Were a non-G20 member country to accede to MIKTA, it would not be able to capitalize on this already existing structure. In addition, MIKTA runs the risk of becoming ineffective if it were to enlarge without first firmly rooting and establishing the identity and agenda of the organization.

Even if MIKTA does not achieve success on an international scale, it could nonetheless contribute to the growth of the relationships among its five member states, which couldbe seen as a great achievement in itself. So far, intensive bilateral relations among all five countries have yet to be established. Within the G20 these five emerging countries have had the opportunity to intensify not only their bilateral but also their multilateral relations, and now they can further their efforts in this regard thanks to MIKTA. Here, MIKTA countries, both at the group level and at the bilateral level, may be able to obtain significant gains in terms of the political economic development and socio-cultural relations. Movement in such a direction can already be seen as these five countries, by way of the G20 platform as well as MIKTA itself, have accelerated their relations by increasing the frequency of contact and scope of cooperation between their respective decision-makers, parliamentarians, business communities, experts and academics. 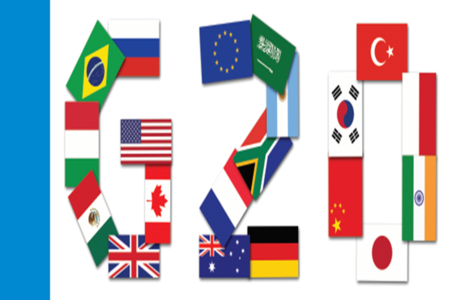