On the one hand, North Korea poses a striking dilemma for China. China feels very uneasy that North Korea is becoming a political and economic burden. In fact, this uneasiness dates back to the Cold War when  China was obliged to remain generous in the economic aid it provided to North Korea so as to limit Soviet Russia’s influence in the country. Nonetheless, China no longer wants to shoulder the burden of North Korea.

On the other hand, North Korea acts as a very effective buffer zone between China and the United States. It would be China’s nightmare to witness the collapse of North Korea and a subsequent invasion thereof by South Korea, an ally of the United States. Hence, North Korea’s survival has become a priority for China, regardless of its costs, even in the post-Cold War period.
Cracks in the Beijing-Pyongyang alliance

Even though North Korea depends on China on for energy, food and consumer goods, Beijing’s influence in Pyongyang is rather limited. Pyongyang, truth be told, isn’t afraid of taking bold steps since it is aware that it will not and cannot be abandoned by China. Case in point of such an attitude is the fact that the Six Party Talks, (the parties being North Korea, South Korea, China, the United States, Japan and Russia), which were established in order to come to a resolution on North Korea’s nuclear program, remain inconclusive. Negotiations have been unilaterally suspended by Pyongyang, despite Beijing’s efforts to prevent this. That North Korea possesses nuclear weapons in fact does not benefit China at all. China, already having its own nuclear weapons, sees no great advantage in the few nuclear warheads held by North Korea. On the contrary, it would harm China’s interests in the region if presence of North Korean nuclear weapons escalate tension in Northeast Asia. Therefore, China tries to persuade North Korea to abandon its nuclear program, by exerting its influence over Pyongyang. In this sense, China was wary of North Korea’s nuclear tests in 2006, 2007 and 2013 not from the perspective of national security but because these nuclear exercises might have provoked the United States to initiate military intervention in North Korea. It caused great disappointment in Beijing that North Korea underwent further nuclear testing in 2013 while at the same time China was trying its best to convince North Korea to return to the negotiation table. China wants North Korea to peacefully terminate its nuclear program and to integrate itself into the region.

A possible collapse of North Korea that is isolated from the international community and experiencing insurmountable economic problems will primarily affect the countries on its borders such as South Korea and China. Besides, China is already striving to better control immigration into its territory from North Korea. Aside from the risk of a collapse of North Korea’s economy, the possibility of the United States’ intervention due to North Korea’s nuclear program deeply disturbs China. In this respect, a cost-benefit analysis of China’s relationship with North Korea has been intensifying in Beijing. The execution of Jang Song-thaek, who was Kim Jong-un’s uncle-in- law, provoked China as he was one of the most important actors in promoting friendly relations with China. Many in Beijing have even questioned whether his execution was actually a message to China.

In an environment where China’s increasing disappointment and decreasing trust in North Korea becomes apparent, Barack Obama’s pivot to Asia policy has had positive repercussions for North Korea. Chinese leaders assume that the ultimate purpose of Obama’s Asian focus is to contain China. In recent years, the United States has begun to enhance its existing military relations with Japan, South Korea, Australia and the Philippines, and has made significant steps towards rapprochement and political cooperation with India and Vietnam respectively. Under these circumstances, North Korea seems strategically indispensable to China.

Furthermore, China is experiencing a territorial dispute with Japan over the Senkaku/Diaoyu islands in the East China Sea and also has disagreements with ASEAN countries, especially Vietnam and the Philippines, regarding rights to the continental shelf in the South China Sea and the ownership of the Spratly and Paracel islands. Countries involved in these disputes with China are expecting the United States to assume an active role in the matter on their sides.  Here, however, China has the advantage of being able to use North Korea to render the United States more passive.

Ultimately, in order for China to adopt a more flexible policy towards North Korea, it is imperative that China and the United States agree upon Taiwan’s status and establish a framework for cooperation in the Asia-Pacific region. Otherwise, China is not going to abandon North Korea, no matter how badly Pyongyang may behave.

This article was firstly published in Analist Monthly Journal on September, 2014.

What Is Extent Of China-North Korean Alliance 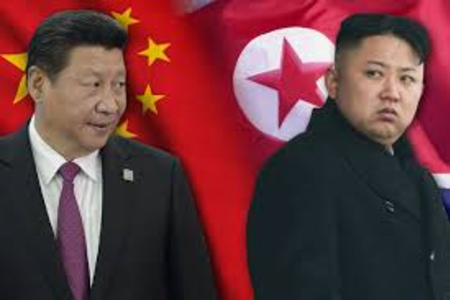