The Journal of Turkish Weekly Interview by Osman H. Takcı

In an in-depth interview with the Journal of Turkish Weekly Vice President of USAK and Director of the USAK Center for Asia-Pacific Studies Prof. Selçuk Çolakoğlu evaluates North Korea’s purported hydrogen bomb test that was conducted on Wednesday.

On Wednesday North Korea, which has been operating under strict sanctions imposed by the UN and the US due to its nuclear weapons program, claims to have now tested a hydrogen bomb. How do you evaluate this nuclear test?

North Korea’s nuclear program dates back an extended period of time, with its beginning in the 1970s. In 1994 North Korea pledged that it would freeze its nuclear program when it signed the bilateral Agreed Framework with the US. The agreement nonetheless broke down in 2002. North Korea then withdrew from the Nuclear Non-Proliferation Treaty in 2003, thus sparking the formation of the Six-Party Talks, which comprised the US, China, North Korea and South Korea of the previous Four-Party Talks in addition to Japan and Russia. The aim of these talks was to convince North Korea to cease its development of a nuclear weapon and the long-range missile technologies that could deliver these weapons in return for the West’s removal of sanctions and provision of financial support. However, these negotiations failed in 2009 as it became clear that the talks failed at preventing the expansion of North Korea’s nuclear weapons program. North Korea has conducted three nuclear weapons tests: in 2006, 2009 and 2013. Yesterday’s test is its fourth. After all, North Korea has already been placed under severe economic sanctions as a result of its nuclear test in 2009.

What is a hydrogen bomb? Can you describe the features of this nuclear device?

The destructive potential of the hydrogen bomb is deemed much more severe than that of a standard fission-based nuclear weapon, and the development of the former is much more difficult and complex. It is still being debated whether North Korea could actually have reached such a technological level that allows it to develop a hydrogen bomb. International experts have not yet confirmed that it was indeed a hydrogen bomb that was the source of the seismic activity originating from North Korea’s nuclear testing site.

China and Russia, as well as Japan, the US, South Korea, Britain and France each condemned the purported nuclear test, as did the UN Security Council after its emergency meeting. How might this tension pan out?

If China does not oppose, UN sanctions already imposed on North Korea could be expanded. This could be a possibility considering that China also strongly condemned the test. At this point, China faces a dilemma. On the one hand, Beijing does not support North Korea’s nuclear weapon program because it could pave the way for American intervention in the region. On the other hand, China wants to keep North Korea as a buffer state between itself and the US and Japan. Pyongyang, knowing that China will not turn its back on North Korea, maintains its nuclear program in spite of Beijing. However, after the death of Kim Jong-Il, his son Kim Jong-Un did not sustain good relations with the Beijing Administration. Considering this, China could support international sanctions which force North Korea to return to the Six-Party Talks. Moreover, it is not expected that the US-South Korea-Japan triad will conduct a military intervention in North Korea. Without China, such a military intervention in North Korea remains very unlikely.

What might be the further implications of the increased tension on regional balances?

Above all, causing controlled crises is a long-held strategy of North Korea. Actors in the region, including the United States, South Korea, Japan, China and Russia, are aware of this. North Korea aims to strengthen its position at the negotiating table by creating crises and drawing the attention of the international community and the US in particular. By doing so, Pyongyang intends to receive humanitarian and financial assistance. North Korea has used this method many times, and it has actually achieved a certain degree of success. As long as there are no serious crises between the US and China or Japan and China, the North Korean crisis does not really run the risk of further escalating. 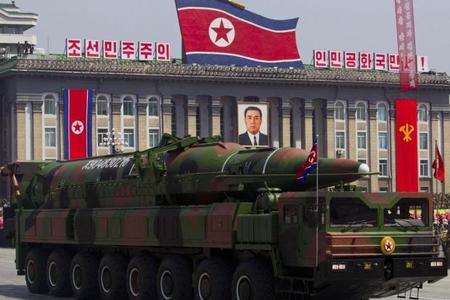