​Could Turkey Be A Third Neighbor Of Mongolia? 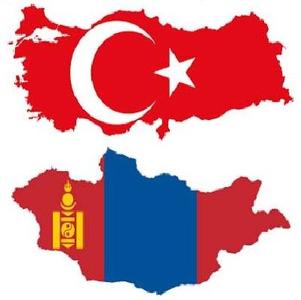 Mongolia has no geographical neighbors apart from China and Russia, and it has no exit to the high seas therefore making it a land-locked country. Compared to its vast territory, it has a population of less than 3 million. Such factors have led to Mongolia’s long isolation from the international arena in the past.

Being aware of these strategic dilemmas, Mongolia started to follow the strategy of opening up to the world since the end of the Cold War in the 1990s. First, instead of implementing a one-party socialist system, it established a multi-party democratic system and initiated a free market economy. When it comes to foreign policy, in order to overcome its excessive dependence on Russia and China, Mongolia has developed the “Third Neighbor Policy”.

In this vein, the Center for Strategic Studies (SAM) of the Turkish Ministry of Foreign Affairs and the Mongolian National Security Council’s Institute for Strategic Studies (ISS) held a joint workshop entitled “Turkey and Mongolia: Past and Future” on May 13, 2015 in Ankara, thus providing an opportunity to comprehensively assess Mongolian foreign policy and Turkey-Mongolia relations.

The Third Neighbor PolicyAiming to follow a more independent foreign policy with its Third Neighbor Policy, Mongolia has now come to identify some target countries as potential “neighbors” based on three basic criteria: these countries should have democratic political systems, developed economies, and they should respect the national interests of Mongolia. Japan, South Korea, India, Australia, the US, and Turkey are among the third neighbor countries chosen by Mongolia.

Moreover, Mongolia’s Third Neighbor Policy does not only refer to countries, but it also includes international organizations. In this context, international organizations such as APEC, ASEAN, NATO, and the EU have also been targeted within this policy framework. Mongolia became a member of the World Trade Organization (WTO) in 1997, a member of the ASEAN Regional Forum in 1998, and a member of the Organization for Security and Cooperation in Europe (OSCE) in 2012. Mongolia, which identifies itself as an East Asian country rather than a Eurasian or Central Asian one, has been expecting to become a member of APEC since submitting its application for membership to the organization in 1994. However, Mongolia remains cautious towards its possible accession to the Shanghai Cooperation Organization (SCO), which was established under Chinese initiative, and to the Russia-led Eurasian Union. Mongolia considers the aim of the establishment of these two organizations as more political rather than economic, and does not want to become more dependent on the political and economic terms set by Russia and China were it to become a full member of these organizations.

On the other hand, Mongolia has been included in NATO’s Partnership for Peace program. Furthermore, in the 2000s Mongolian troops took part in NATO military missions in Afghanistan, Iraq and Kosovo. While developing its relations with NATO, Mongolia is also striving to keep military cooperation alive with its big power neighbors, namely Russia and China. While increasingly engaging NATO when it comes to training and technical cooperation, Mongolia nonetheless continues to carry out joint military exercises with the Russian and Chinese armies. Turkey’s Embassy in Ulan Bator is hosting the NATO liaison office in the country for the year of 2015.

Turkish-Mongolian RelationsMongolia declared its independence in 1921, but its diplomatic relations with Turkey were first founded in 1969 and the reciprocal opening of mutual resident embassies occurred in the 1990s. After the collapse of the Soviet Union, Ankara developed intensive relations with the newly independent Central Asian countries, and considering Mongolia as a part of this classification, Turkey also began to develop relations with Mongolia at this time as well. The Turkish Embassy in Ulan Bator went into full operation in 1996, after which time Mongolia opened its embassy in Ankara, in 1997. Furthermore, the intensive high-level visits between Turkey and the newly dependent countries of Central Asia also included Mongolia. A particular set of attractions in Mongolia that has encouraged Turkish leaders to visit the country are the Orkhon inscriptions, which are two memorial installations written in the Old Turkic alphabet and erected by the Göktürks in the early 8th century in the Orkhon Valley in Mongolia.

Despite the strengthening of political relations between Turkey and Mongolia over the last 25 years, economic relations between the two have developed far less than desired. Bilateral economic relations, starting with a trade volume of $1 million in 1992, reached their highest volume at $49 million in 2013. Yet in 2014, the bilateral trade volume declined to $35 million. The trade volume between the two countries is primarily made up of Turkey’s exports to Mongolia. Logistical deficiencies as well as geographical distance have perpetuated the low level of trade and economic exchange between Turkey and Mongolia. It is not possible to ship cargo to Mongolia by sea, and to dispatch goods from Turkey via railroad or highway takes an extensive amount of time while also increasing the risk of lost property due to inadequate infrastructure. In 2012, Turkish Airlines commenced direct flights between Istanbul and Ulan Bator, an act that has significantly facilitated the exchange of business personnel between the two countries.

Turkey could develop economic cooperation with Mongolia in three main areas. Firstly, Mongolia has great potential in the fields of farming and agriculture. Secondly, especially considering Mongolia’s major infrastructure projects, the construction industry represents another potential sector in which bilateral cooperation could flourish. However, in terms of logistics and costs, Mongolia’s neighboring country of China seems to be in much more of an advantageous position in the contracting sector compared with Turkish companies. The third area of cooperation could be mining. Mongolia is a country rich in minerals such as coal, iron ore, copper, and uranium as well as shale gas. Turkish mining companies could cooperate with their Mongolian counterparts by way of either single or joint ventures.

Social and cultural exchange between Turkey and Mongolia is increasing day by day. To date, the Turkish Cooperation and Coordination Agency (TİKA) has spent $28 million in Mongolia for infrastructure and cultural projects. Since 1992, Turkey has also allocated a number of state scholarships for Mongolian students in order to allow them to receive their educations in Turkey. Recently, the number of Mongolian students who are receiving their educations in universities in Turkey reached 1,000. Consequently, relations between Turkey and Mongolia over the last 25 years can be characterized as a slowly but steadily growing partnership, and considering this, Turkey deserves to be a third neighbor of Mongolia.