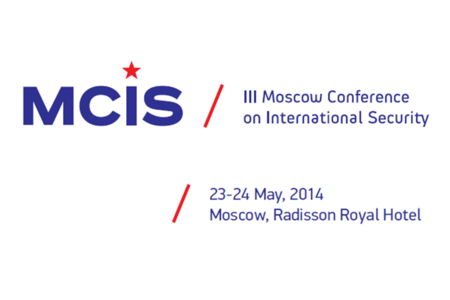 Russian Understanding of Color Revolutions and the Arab Spring

The Ukrainian crisis brought forward claims that relations between Russia and the West retrograded to an all-time low of the post-Cold War period. The suspension of the NATO-Russia Council and Russia's exclusion from the G-8 created a fear concerning the question of whether the sparks of the Cold War are once again being ignited. Moreover, Russia began to embark on a new discourse of international scale after the toppling of the government led by Victor Yanukovych in Ukraine, the annexation of Crimea, and the ongoing uprisings ravaging several cities in eastern Ukraine where the Russian population is concentrated. A deeply anti-Western sentiment characterizes policies which are based on arguments in favor of the legitimacy and rectitude of Russian arguments.

The Moscow Conference on International Security (MCIS-2014) which was held for the third time on May 23, 2014 by the Russian Ministry of Defense, provided its participants with the opportunity to listen to and assess up-to-date policy briefs first hand from Russian authorities on matters concerning the foreign and security policy of Russia. While both the participants and the content of the previous two conferences indicated an improvement in security cooperation between Russia and the West, the fact that neither military nor civilian officers from any NATO countries participated in MCIS-2014 can be seen as a sign of the escalated tensions in relations. Despite the fact that there were NATO members among the 45 countries from which people came to participate in the conference; all participants from member countries of NATO were experts from independent think-tanks. Nevertheless, both Western countries and Russia apparently have cognizance of the necessity to carry out public diplomacy in an effort to make their theses heard against the backdrop of escalating tensions due to the ongoing crisis in Ukraine, which could have interrupted all channels for dialogue. Therefore, allowing civil society to maintain dialogue regardless of the problems between the West and Russia is a step in the right direction for the establishment of healthy channels of mutual communication.

A rise in anti-Western sentiment and widespread mistrust of the West's intentions, which jointly somehow create a discourse similar to the one employed by Moscow during the Cold War-era, can be observed among Russian elites lately. Russian authorities believe that NATO and the EU exploited Russia's relative weakness and intention to cooperate with the West in the aftermath of the Cold War. The expansion of NATO and the EU toward eastern Europe by absorbing even ex-Soviet countries without paying any regard to Russia’s sensitivities and reservations deeply worries Moscow. Russian authorities believe that a process of enlargement jointly carried out by NATO and the EU toward the ex-Soviet realm indeed indicates an initial stage of a greater Western design (or "conspiracy", so to speak) comprised of several steps such as the Color Revolutions and the Arab Spring, through which remaining Russian influence over many countries in Eurasia, the Middle East, and Africa is sought to be eliminated, paving the way for complete Western dominance.

According to Russians, military interventions by the U.S. or NATO in Yugoslavia, Haiti, Afghanistan, and Iraq were consequently carried out in the last 25 years despite harsh reactions by the global public and with no regard to relevant UN mechanisms. Iraq crumbled into a failed state on the verge of political breakup due to such an intervention. Yugoslavia dissolved and Kosovo was illegitimately detached from Serbia. To make matters worse, the overall situation in Afghanistan deteriorated after 2001 when the NATO intervention took place. Afghanistan turned into a country in which distinct armed groups assume control over different provinces, terrorist organizations safely take shelter, and poppy cultivation is more common than ever.

Besides such direct military interventions, Western countries forced some governments to step down and yield their place to others by means of provoking destabilizing popular movements and uprisings in several countries. Pro-Western governments came to power in Georgia, Ukraine, and Kyrgyzstan through a wave of Color Revolutions that engulfed Eastern Europe and the ex-Soviet geography at large. Czechoslovakia was disintegrated through the Velvet Revolution which took place in early 1990s. On the other hand, the West's attempts to penetrate Belarus, Armenia, and Uzbekistan through color revolutions have failed. Together with NATO and the EU, OSCE also applied double standards during the process of transformation which encompassed Eastern Europe and the ex-Soviet republics.

The West put the same method of regime change into action throughout the Middle East by way of the Arab Spring. The Gadhafi regime in Libya was toppled as NATO disregarded the UN Security Council's decision for an air blockade. Post-Gadhafi Libya is now a country in which several armed groups take hold over different regions, Al Qaeda safely maintains its operational bases, public security cannot be provided, and disintegration is on the horizon. Syria is also confronted with the same outcome. While tens of thousands of civilians lost their lives in the civil war that broke out in Syria, the country has been flooded by terrorist organizations. Thousands of jihadists emanating from various battle zones amassed in the country. Terrorist groups which arrived in Syria were provided with Western weaponry and logistical support. However, the Assad regime has remained standing in the face of all the challenges, and that is why the state structure did not collapse entirely in Syria as it did in Libya. Russia's priority during the civil war and especially during the time-period following the employment of chemical weapons in the summer of 2013 was to prevent any foreign military intervention in Syria, and it succeeded in this task.

According to Russian authorities, the West most recently interfered in Ukraine in 2014 and toppled the government led by former President Yanukovych by means of a Western-guided insurgency stirred up by ultra-nationalists. Due to the fall of the legitimate government in Kiev, Ukraine turned into a country which is on the verge of civil war as it is continuously terrorized by ultra-nationalist groups. The presidential elections of May 25, 2014 were held against this backdrop of public insecurity and nation-wide mistrust, therefore its legitimacy must be questioned.

Russia is concerned that Belarus could be the next target of destabilization by the West after Ukraine. NATO currently has a strategic military build-up concentrated along the borders of Belarus, and an operational plan targeting the country. The Belarus-Russia Initiative dates back to 2011 and was designed to counter such a grave challenge posed by NATO. Russia deems it necessary that strong central governments be allowed to take root, necessary help be provided in combating corruption, and successful public diplomacy be conducted in risk-bearing countries in order to prevent further Western intrusions through Color Revolutions.

Russia never mentions the annexation of Crimea in its arguments over the Ukrainian crisis. Russian authorities present Kosovo as one of NATO's illegitimate interventions but ignore the fact that Russia made a similar move after the Russo-Georgian War in 2008 by detaching Abkhazia and Southern Ossetia from Georgia. Therefore Russia had already refuted its own thesis on Kosovo when it recognized the independence of Abkhazia and Southern Ossetia. Moreover, leaving aside the defensible justifications, the annexation of Crimea actually stands in sharp contrast to the essence of international law. Russia first induced the separation of a certain piece of land (Crimea) from Ukraine and then annexed it, despite the fact that Moscow recognized and even guaranteed Ukraine's territorial integrity with the Budapest Memorandum in 1994.

While questioning the legitimacy of the presidential elections in Ukraine, Russia contradicts itself by deeming the approaching Syrian presidential elections legitimate. It is unreasonable to expect any legitimate result to come out of any elections that take place in a country like Syria, which is currently experiencing a civil war and has not had any experience with free and fair elections in its history. On the other hand, stability is still preserved over most parts of a Ukraine and it has previously held independent elections. Besides, pro-independence referenda, which were held in Crimea and some eastern Ukrainian provinces, would have been out of the question without Russia's direct or indirect support. In this respect, Russia contradicts itself by currently implementing in eastern Ukraine the same kind of policies of which it accused the West of employing in the case of the Maidan protests.

The third contradiction that Russia runs into is related to Afghanistan. Russia has successfully engaged with NATO countries while establishing solid grounds for mutual dialogue and cooperation in Afghanistan since 2001. Thereby, radical elements and terrorist groups within Afghanistan were jointly kept under control, and mutual efforts in preventing poppy harvest, cultivation, and the illicit trade of narcotics were underwent. Russia was supporting NATO's state-building endeavor in Afghanistan under the condition that NATO does not expand militarily into former Soviet countries. Russia-NATO cooperation reached an abrupt end with the Ukrainian crisis and Russia's annexation of Crimea. Indeed, Russia began perceiving Afghanistan not as a zone of cooperation but as a country in which NATO's intervention caused destabilization. Even though such a policy was assessed as politically accurate, it is in contrast with Russia's long-term interests. If the central government mechanisms that were structured by NATO in Afghanistan after 2001 collapse, and Afghanistan morphs into a failed state, Russia's sensitive policy of combating terrorism while minimizing the production and trade of narcotics will receive a major blow. In that case, Russia will become more vulnerable in the face of potential terrorist attacks, and drug addiction among the Russian population will further increase.

It seems that the Ukrainian crisis generated a lack of mutual confidence between the West and Russia above all else. The emerging atmosphere of mistrust bears the risk of negating all the efforts aimed at building stronger ties between Russia and the West after the Cold War. Nevertheless, both sides have refrained from taking any measures which would completely sever mutual ties so far. Official and civilian channels of diplomacy are currently utilized efficiently despite the crisis. At the end of the day though, the formulation of a new, constructive language conducive to communication and cooperation is of utmost urgency for a relative amelioration of relations between Russia and NATO, as well as between Russia and the EU. In case Russia and the West cannot sink their differences through an efficiently functioning mechanism, a potential settlement process will tarry. And such a scenario will entail greater challenges for all parties involved.