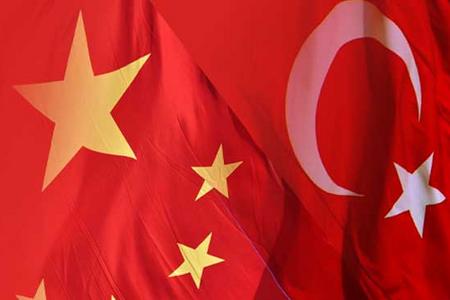 ISTANBUL, April 9 (Xinhua) -- China and Turkey have strengthened their mutual understanding and trust in the battle against the COVID-19 pandemic and the solidarity will have a lasting effect on their relationship, Turkish experts have said.

Chinese President Xi Jinping said Wednesday in a phone call with his Turkish counterpart Recep Tayyip Erdogan that China will continue to support Turkey in its fight against the COVID-19 epidemic in line with its needs, and facilitate its purchase of medical supplies in China.

"This is an important conversation and the support that China is expressing (to Turkey) as a nation which is at the forefront of this fight, has to be praised in these extraordinary times," Selcuk Colakoglu, director of the Ankara-based Turkish Center for Asia Pacific Studies, told Xinhua.

"This exchange of views shows that mutual understanding and partnership between the two nations are not simply on a short-term basis for this pandemic," but are long-term, and will contribute to their existing relations, the professor of international relations said.

At a time when countries are banning medical supply exports, China's offer of support is much appreciated by Turkey, which has imposed strict restrictions to tackle the spread of the coronavirus among its population, he said.

According to data released Wednesday by the Turkish Health Ministry, 812 people have died while a total of more than 38,000 cases have been confirmed.

Noting that now is a time of stress tests for international relations, and that some nations are facing a lack of international solidarity and support, Colakoglu said Sino-Turkish ties are expected to become even stronger after the health crisis.

"We sincerely value our good cooperation with China in this crisis. They have been open to us throughout and shared their experience and knowledge about this disease which has no borders and is affecting everyone everywhere," a Turkish official said on the condition of anonymity.

"Our relations with China will be stronger after this pandemic. We don't consider our ties with Beijing on a temporary or a project basis. We see it going beyond that to a strong partnership, because we need each other," he told Xinhua.

He added that video-conferences were regularly being held between Chinese and Turkish doctors for exchanging views and therapy methods as well as progress on the disease.

Scholars have said that the pandemic has to be addressed globally with international cooperation and coordination instead of protective measures.

Turkey and China have strengthened their trade cooperation and political dialogue in the last decade. China is currently Turkey's third largest trading partner after Russia and Germany.

The two countries have also expressed their willingness to maximize their cooperation under the Belt and Road Initiative, a development initiative proposed by China in 2013 envisioning trade and infrastructure networks connecting Asia with Europe and Africa along the ancient Silk Road routes.